SINGAPORE (ASIAONE) – First, it was disinfectant, now it’s feathers. McDonald’s customers in China have been finding strange items in their fast food meals... 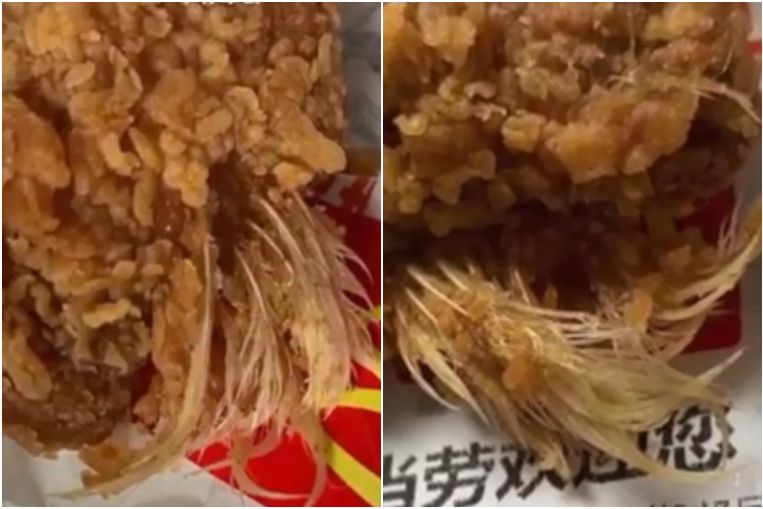 McDonald’s customers in China have been finding strange items in their fast food meals lately.

Most recently, a woman in Beijing said her daughter took a bite of her McWings and found feathers in her meal.

The sight made the girl nauseous. But by then, she had already eaten three chicken wings.

They were part of a takeaway meal that was purchased on the evening of April 21.

While she did not show signs of illness, the incident did affect the girl’s appetite.

Her mum went to the restaurant to alert them of her discovery but declined the compensation offered by McDonald’s.

“The feathers were still attached to the chicken wing. We have questions about how the restaurant handles food safety,” she told Chinese media in an interview.

The woman then lodged a report with the state food and drug administration.

Some Weibo users, however, are casting doubts on the incident, saying that the feathers would not look like the ones in the photos if they had gone through the deep fryer.

Another user suggested that it could be a case of food sabotage by a restaurant worker.

The fast food giant apologised to the customer on April 23, and said that it is now looking into the case and it will improve restaurant management.