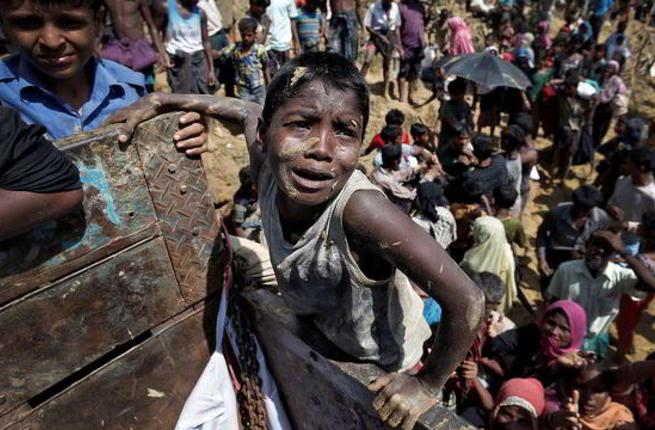 Local residents of Bangladesh’s Cox’s Bazar district are facing increased insecurity in food and other resources due to the influx of Rohingya refugees, according to a report.

The refugee influx has aggravated the already fragile situation in one of the poorest and most vulnerable districts in Bangladesh, where most local households derive their livelihoods from farming plots of around a hectare or less and/or fishing, said the Global Network Against Food Crises, which was launched in 2016 by the European Union, UN Food and Agriculture Organization (FAO) and UN World Food Programme (WFP).

“At least 100 hectares of cropland in Teknaf and Ukhiya have either been occupied by refugee settlements or rendered useless by sandy soil flowing down from the mountain slopes,” the network said in its report.

The report said nearly 2,000 hectares of forest reserves have also been damaged due to the settlements, depriving the local community of earning a living from the forest resources.

Around 750,000 kilograms of timber, vegetation and roots are collected daily by the community from the forest for cooking fuel.

Food security for host communities showed a marked deterioration, with the percentage of households with poor or borderline food consumption increasing sharply from 31 percent in 2017 to 80 percent in the August-September period of 2018, the report said.

Cox’s Bazar Refugee Relief and Repatriation Commissioner Md Abul Kalam told Anadolu Agency on Thursday that livelihoods and the environment have been affected as consequences of the influx of Rohingya.

The Bangladesh government and other development partners there are working to address the issue, he added, noting that locals are also under the Rohingya Response Programme.

Bangladesh Prime Minister Sheikh Hasina has repeatedly drawn attention to the issue of how the Rohingya influx has damaged the environment and affected local people apart from the suffering of the Rohingya.