DHAKA (AFP) – A lower-than-expected population of male Bengal tigers in the world’s largest mangrove forest has sparked fears about the long-term viability of... 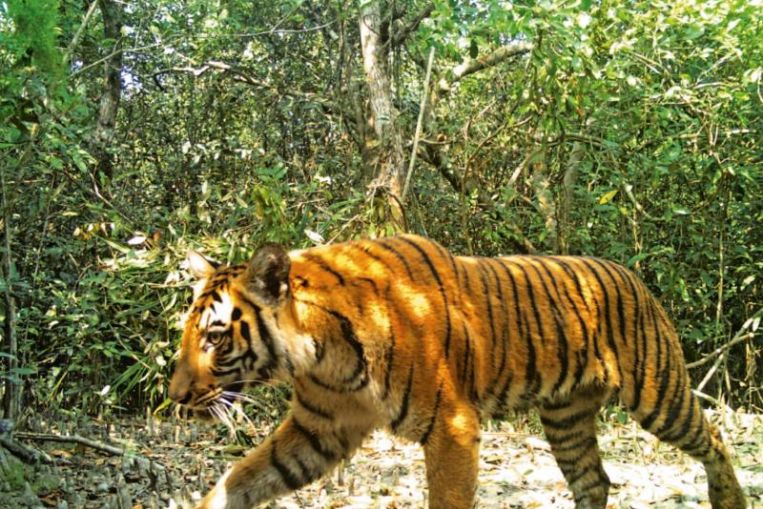 DHAKA (AFP) – A lower-than-expected population of male Bengal tigers in the world’s largest mangrove forest has sparked fears about the long-term viability of the endangered species in Bangladesh, officials said on Tuesday (July 30).

A poaching crackdown by authorities in the Bangladeshi part of the Sundarbans mangroves saw an increase in the big cat population from 106 to 114 four years ago, according to a census published in May.

“We are extremely worried. The standard ratio should be one male for every three female tigers,” Jahidul Kabir, the government’s conservator of forest wildlife, told Agence France-Presse.

“In the Sharonkhola range, we found only two males against 19 female tigers,” he said, adding the future of the tiger population in the Sundarbans could be at stake if the forest continues to lose male tigers.

Authorities are planning to capture male tigers from other parts of the forest and introduce them in the Sharonkhola range, which is the densest tiger habitat in the mangroves.

The census was conducted on 1,656 square kilometres of forest last year and used camera traps to count the big cats.

The Sundarbans, which also straddle parts of eastern India, is home to some rare flora and fauna including Irrawaddy dolphins and Bengal tigers, both declared endangered because of poaching and loss of habitat.

Alarm bells rang in 2015 when a census found that only 106 tigers were living in the forest, less than a quarter of the 440-strong population in 2004.

Since the 2015 findings, authorities have undertaken a series of measures to boost the number of Bengal tigers in the forest – one of the world’s last remaining wild habitats for the big cats.

As part of the measures, the size of the wildlife sanctuary in the forest was more than doubled. An elite security force launched a major crackdown against pirates-turned-poachers active in the forest.

Monirul Khan, a zoology professor and a tiger expert at the state-run Jahangirnagar University, said he believed poaching was behind the low male tiger numbers.

“No doubt this is a worrying trend. And the possible reason is poaching,” Khan said.

“Male tigers are aggressive and they cover bigger territory, which make them vulnerable to poaching.”