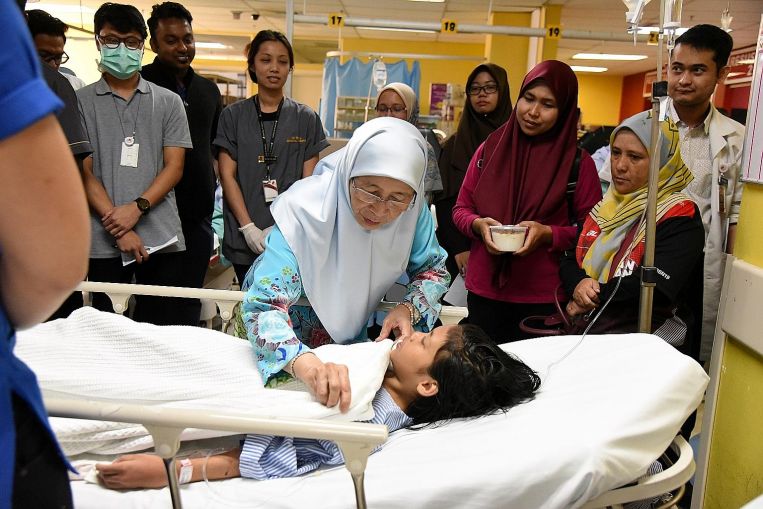 Malaysian media reported that nine children and seven adults were hurt during the incident, which took place as the Education Ministry’s 2019 National Sports Month event was wrapping up.

The victims – whose ages ranged from four years old to the 30s – were rushed to Putrajaya Hospital.

The balloon explosion was caused by a lighter that was used to cut a rope fastener.

Putrajaya police chief Rosly Hasan said a parent tried to cut the fastener of the balloons – which were filled with helium and other gases – with a lighter. He added: “The preliminary investigation showed that there was no criminal element in the incident.”

No arrests were made, he said.

Putrajaya Hospital’s Emergency and Trauma Department head Khairul Nizam Hassan said that none of those injured was in critical condition.

“They suffered first-and second-degree burns. The injury areas vary, with burns in the eyebrow, hair and hands,” he said. “No one suffered total burns.”