Just days after a United Arab Emirates-owned oil tanker went missing near the strategic Strait of Hormuz, Bahrain has announced that it will hold... 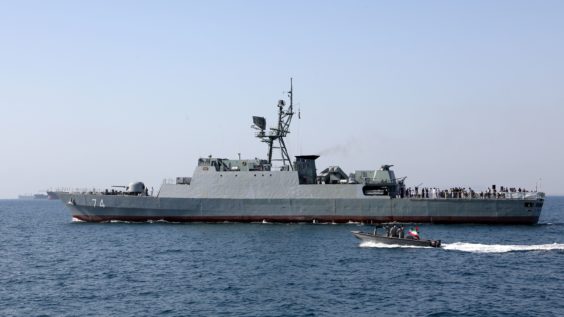 Just days after a United Arab Emirates-owned oil tanker went missing near the strategic Strait of Hormuz, Bahrain has announced that it will hold a conference to discuss Iranian naval threats. The US has accused Tehran of seizing the ship, as well as perpetrating over the past two months numerous attacks on vessels in the Gulf. Earlier in July, British Royal Marines took control of an Iranian tanker, Grace 1, off the coast of Gibraltar on suspicion that it was breaking European Union sanctions by transferring oil to Syria. In response, Iranian President Hassan Rouhani warned that London would face “consequences”; indeed, a British tanker was soon harassed by Iranian military boats, which backed off only when an accompanying British warship intervened. Bahrain Foreign Minister Sheikh Khalid bin Ahmed bin Mohammed Al Khalifa announced the summit from Washington alongside the US Special Representative for Iran, Brian Hook, who is currently spearheading an effort to construct a coalition that would “make it harder for [the Islamic Republic] to disrupt freedom of commerce and navigation.” Khalifa thereafter met with US Secretary of State Mike Pompeo, who thanked Manama for hosting last month’s US-sponsored economic conference on the Israeli-Palestinian conflict. The two also discussed a broad range of bilateral and regional issues, including countering the Iranian regime’s destabilizing activities in the Middle East.