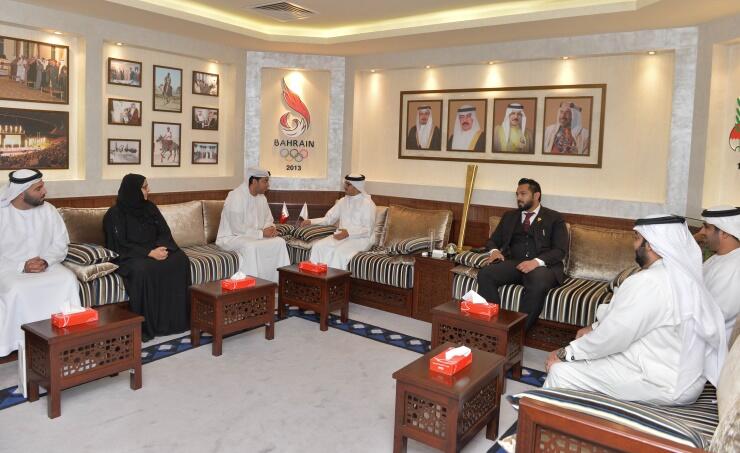 Bahrain Olympic Committee (BOC)’s Secretary-General Mohammed Al Nusuf asserted his support to all martial arts sports, including kickboxing, in an attempt to create a solid foundation for the national teams.

This was announced at his reception of members of visiting delegation from the UAE, headed by UAE Muay Thai Federation vice-president Yasser Salem Al Saadi. The delegation also includes executive director Tareq Al Muhairi and board members Fahad Al Abdooli and Farah Saeed.

Al Nusuf welcomed the visiting delegation and affirmed the strong ties linking both the UAE and Bahrain in all areas. He stressed the importance of such visits that further strengthen relations and achieving mutual objectives.

Also during the meeting, Al Nusuf was briefed on the plans and programs of the UAE federation and extended his keenness to work hand in hand with the federation to develop the level of the game in both countries.