A drop in the number of both Bahrainis and expatriates hired in the private and public sector has been recorded in the second quarter of... 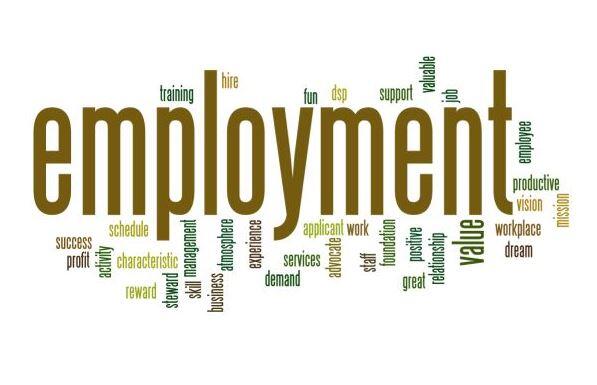 A drop in the number of both Bahrainis and expatriates hired in the private and public sector has been recorded in the second quarter of this year.

Latest statistics on the country’s labour market indicators show a 1.1 per cent drop in expatriate employment, and 3.6pc reduction among citizens compared with the same quarter last year.

“The decrease was due to the second phase of the voluntary retirement scheme which took effect during the second quarter of 2019,” said the report.

“Foreign workers employment reached 594,944 workers by the end of the second quarter of 2019.

“Non-Bahraini employment decreased by 1.1pc annually compared with 601,461 workers in the same quarter of last year.”

The downward trend continued during the second quarter as the LMRA also recorded a 5pc decrease in the number of new work permits issued, which reached 37,570.

The data also showed that Bahraini households reduced their reliance on domestic workers, as the total number registered in this segment reached 86,349 (including 63,203 females) compared with 91,852 in the same quarter in 2018 – a decrease of 5pc.

The above figure is the lowest since the fourth quarter of 2011 when the total number of domestic workers in the country was recorded at 87,420.

“The total number of permits issued by the LMRA during the second quarter of 2019 was 46,162 permits, including flexi work permit, investors permit and dependants permit,” added the report.

The highest number of work permits was issued in the construction sector (26.8pc), followed by the wholesale and retail sector (19.3pc) and the accommodation and food service activities sector (14.6pc).

Prominent Bahraini economist Dr Akbar Jaffari blamed the “high cost of living” for the drop in employment among citizens and expats, including domestic workers.

“The cost of living has definitely hit the expatriates in a sizeable way, especially after subsidies were lifted on petrol, electricity and water,” he said.

“I am told in some cases expats are paying utility bills that are higher than their monthly rent.”

His comments were supported by LMRA’s latest statistics, which showed that the number of renewals of dependent visas was 14,439 issued during the second quarter of this year compared with 15,034 during the same period last year.

However, Dr Jaffari explained that a surge in expatriate employment in the last two years could have also been due to several factors such as ease of obtaining a Commercial Registration and a Flexible Work Permit that allows expats to sponsor themselves.

He said the market was now stabilising to the above factors.

“Steps were taken too fast and now we are seeing these fluctuations in terms of employment, which is not absolutely normal, but it will take us over six months or more to make these readjustments,” he added.

“There are economic fluctuations we are witnessing, which is normal as most countries are going through this phase,” he said.

“There was a similar period in Bahrain from 2008 to 2009, but then the economy bounced back.

“There are jobs available in the labour market and new visas continue to be issued.”

The data also showed that the average wage for Bahrainis for the second quarter was registered at BD532, compared with BD538 in the corresponding period last year – an annual drop of 1.1pc.

However, those in the public sector were better off – earning an average income of BD696 compared with BD431 in the private sector.

The GDN reported last month that Bahrain dropped six places in the latest Expat Insider 2019 survey on the top destinations for expats, which was conducted by InterNations, the world’s largest expatriate community.

It ranked first in the past two years but its rankings dropped to seventh place because of increasing inflation and high cost of living.

Manama was also ranked the fifth most expensive Arab city to live in, according to the Mercer’s Cost of Living Survey, while it was ranked 11th in the world for high cost of living in the 2019 Expat Explorer survey by HSBC.

Electricity and water rates have been increasing annually in Bahrain since 2016, with the final increase enforced in March this year as part of a series of austerity measures adopted by the government in 2015 to offset the drop in oil prices.

Consumers in Bahrain also started paying a five per cent Value Added Tax (VAT) on utility bills, among other products and services, from January 1 this year.

The GDN reported yesterday that a proposal to almost halve electricity and water bills for expats has been tabled by the National Action Charter Bloc in parliament.