Avengers: Endgame – A no-spoilers plot recap before you watch it

Important: There are NO spoilers for Avengers: Endgame below, but this article does contain some plot details from earlier Marvel films, and some fan... 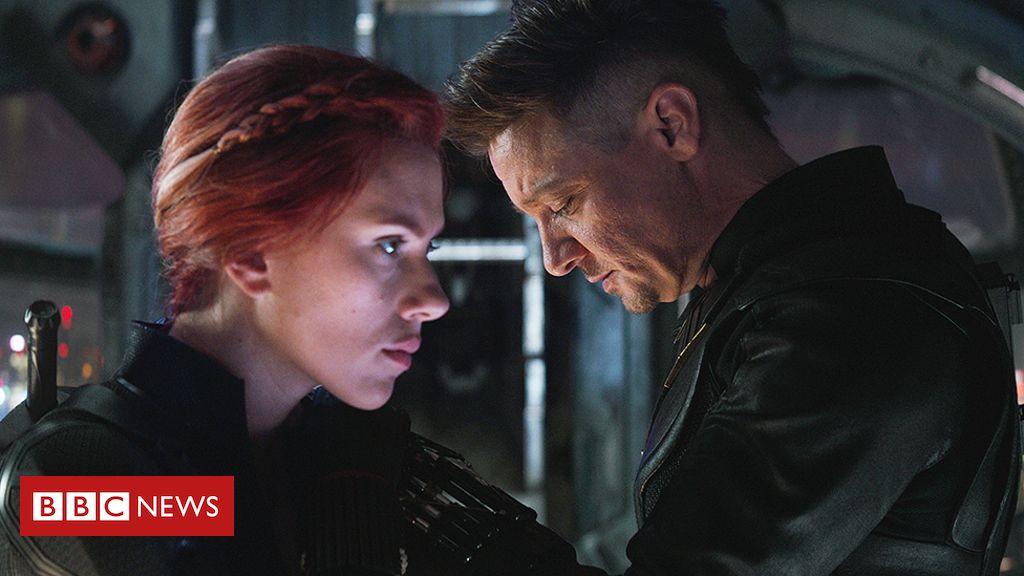 Important: There are NO spoilers for Avengers: Endgame below, but this article does contain some plot details from earlier Marvel films, and some fan theories about Endgame.

In 2008, a film called Iron Man kicked off the Marvel Cinematic Universe (MCU) and this week, a major chapter comes to a close.

Avengers: Endgame will wrap up 11 years of movie storylines, with the Avengers hoping to undo their defeat at the hands of villain Thanos at the end of previous movie, Infinity War.

Endgame isn’t a film for a first-timer to try to jump in on.

And even if you have been following the plot over the last decade, you might still need a bit of a catch-up before you take your seat in the cinema.

So let’s give this a go.

The story so far

OK, we’re going to blitz through 11 years and 21 movies as quickly as possible here and mostly focus on some magic gems.

During this time, objects called Infinity Stones have played a major part in most of the storylines in Marvel movies.

There are six of them – Mind, Power, Reality, Soul, Space, and Time – and they’re all really powerful.

The Space Stone first appeared in a post-credits scene in Thor in 2011 as the Tesseract – an item that also appeared in Captain America: The First Avenger and Thor: Ragnarok. We also saw it in Captain Marvel – where it was swallowed for safety by her cat Goose.

The Mind Stone was first owned by Loki, and later played a major part in Captain America: The Winter Soldier and Avengers: Age of Ultron – eventually becoming part of android Avenger Vision.

The Reality Stone was part of the plot for Thor: The Dark World in 2013 and the Power Stone was what brought Guardians of the Galaxy together and into the MCU in 2014.

The Time Stone was introduced in 2016 in Dr Strange, and the Soul Stone was first seen in Infinity War last year.

During this time, Thanos – Marvel’s big, purple alien villain – has been after all six stones to complete his Infinity Gauntlet.

That’s a fancy, evil glove he wanted to use to wipe out half of all living creatures in the universe in order to provide more resources for those left behind.

Where are all the heroes?

So it’s just as well there’s another movie to put things back on the right path, eh?

At the end of Infinity War, Iron Man and Nebula were left stranded on the planet Titan – where they’d failed to steal the Infinity Gauntlet from Thanos.

An early trailer for Endgame showed Tony Stark (Robert Downey Jr) sending a goodbye message to Pepper Potts (played by Gwyneth Paltrow) from a spaceship with no power – but no-one really believes a major player like Tony would be written out like that.

Captain America, Thor, Black Widow, Hulk, War Machine, Rocket, Okoye and M’Baku were left in Wakanda – Black Panther’s home country back on Earth – after their teammates evaporated due to “the snap” – Thanos’s deadly click of the fingers that wiped out half of all life.

Earlier in the movie, Guardians of the Galaxy’s Gamora was sacrificed by Thanos (who also happens to be her stepdad) in order to secure the Soul Stone.

Loki and Vision also bit the big one, The Wasp was bumped off at the end of Ant-Man and the Wasp and Shuri was listed among the dead heroes in a series of posters which named the survivors and the fallen from Infinity War.

But let’s get real – several of these characters have new movies in the pipeline (Spider-Man, Dr Strange, Black Panther, all the Guardians of the Galaxy crew) and others (Scarlet Witch and Vision, Falcon and Bucky, Loki) all have TV series scheduled to appear on new streaming service, Disney+.

So don’t spend too much time sobbing over the Avengers who didn’t make it until the end of the movie. They’re already signing new contracts and shooting new scenes.

Endgame is the finale, but there’s still new stuff

Endgame is the conclusion of more than a decade’s worth of movies, so isn’t really the place to be starting new plotlines – but that’s not to say it won’t lay a few foundations for future films.

We’ve got Captain Marvel and Nebula making their debut runs as Avengers and a recent trailer, showing Hawkeye training a female archer, seems to suggest that Kate Bishop – Clint Barton’s protégé and Avengers replacement – may make a brief cameo in Endgame.

Kate is also due to appear in Hawkeye’s rumoured Disney+ solo series, and we may find ourselves talking about the Young Avengers in the future.

What are fans expecting?

Well, among other things, they’re hoping to see Ant-Man crawl inside Thanos’s bum and deal with the big purple menace from the inside out. Yes, this is real and is known as “the Thanus theory”.

Paul Rudd, who plays Ant-Man, has asked why it couldn’t have been another orifice, but fans want what fans want. And that, it appears, is men climbing into other men’s bottoms.

Several of the biggest-name stars (Chris Evans, Robert Downey Jr, Chris Hemsworth) who have been at the core of the Avengers franchise for close to a decade have contracts that run out with the release of Endgame.

And that’s led fans to suggest we might see one of those actors’ characters die (and for real, this time) in the new movie.

The smart money’s on Captain America, thanks in part to Chris Evans’s farewell tweet to his character.

Officially wrapped on Avengers 4. It was an emotional day to say the least. Playing this role over the last 8 years has been an honor. To everyone in front of the camera, behind the camera, and in the audience, thank you for the memories! Eternally grateful.

In the comic book universe, both Bucky Barnes and Sam Wilson (Falcon) have taken a turn as Captain America – and they’re starring in an upcoming Disney+ series together. Just saying.

And what about Gwyneth Paltrow? She’s seen action before (hello Iron Man 3 end-sequence) but her character Pepper Potts could put on an Iron Man suit known as Rescue and get in on the action this time around.

Theories (and mild spoilers from Gwyneth herself) seem to suggest she’ll be blasting herself into space to save Tony Stark, following the events of Infinity War.

Will the movie be a success?

Well, duh. First of all, Marvel movies don’t tend to flop but even by their own standards, Endgame is on track to be the biggest yet.

Pre-sale tickets for this three-hour epic (bring a cushion) have reportedly been selling at five times the speed they did for Infinity War in 2018.

Infinity War made more than £2bn (£153bn), so Marvel and Disney will no doubt do very nicely indeed from the Endgame profits.

Where will Endgame leave things for the Marvel Universe?

But wait, Phase Four is just around the corner – that starts in 2020.

Until recently, Spider-Man: Far From Home was expected to kick-start that, but Kevin Feige – the president of Marvel studios – recently revealed that’s not the case.

Seeds were sown for Avengers: Endgame in 2008’s Iron Man, so expect plot threads in Tom Holland’s summer adventure to be part of a much larger on-screen storyline.

Marvel’s Phase Four will include Doctor Strange, Black Panther and Guardians of the Galaxy sequels, plus new films for Shang-Chi (Marvel’s first Asian lead), Black Widow (a little overdue, some might say) and the Eternals (a team who might replace the Avengers).

Avengers: Endgame is in UK cinemas from 25 April.