SYDNEY (AFP) – Australia’s government on Wednesday (July 17) called on China to allow an Australian child and his Uighur mother to leave the... 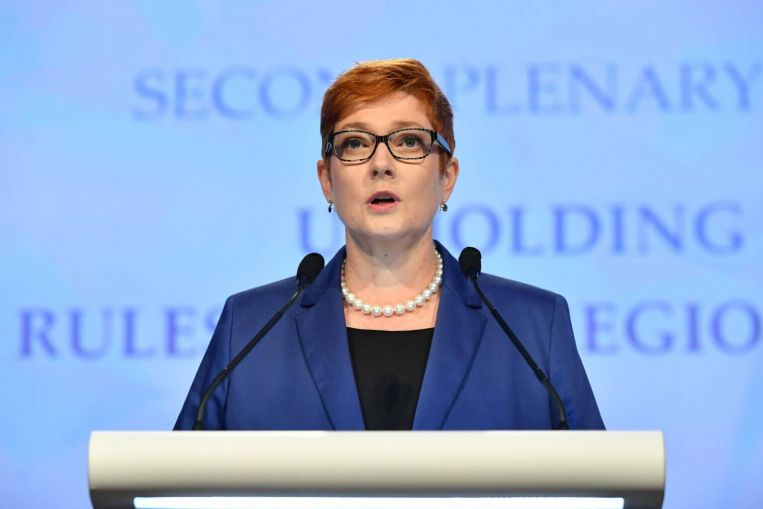 SYDNEY (AFP) – Australia’s government on Wednesday (July 17) called on China to allow an Australian child and his Uighur mother to leave the country, stepping up pressure on Beijing days after Canberra co-signed a letter denouncing its treatment of the Muslim minority.

China has rounded up an estimated one million Uighurs and other mostly Muslim Turkic-speaking minorities into re-education camps in the tightly-controlled region of Xinjiang in the country’s north-west.

Canberra had initially denied citizenship to baby Lutifeier, who was born in Xinjiang in August 2017 to an Australian father and a Uighur mother, but backtracked last year following a legal battle.

The child’s father, Sadam Abdusalam, has been campaigning for months so his Uighur wife, Nadila Wumaier, and their son, whom he has never met, can come to Australia.

On Wednesday, Foreign Minister Marise Payne said “the Embassy in Beijing have formally requested that the Chinese authorities allow Ms Wumaier and her son (who is an Australian citizen) to travel to Australia”.

The statement came after Mr Abdusalam shared his plight publicly for the first time, speaking to the national broadcaster ABC on Sunday.

He told AFP that his wife was taken in for questioning by Chinese authorities the following day, but was later released.

Ms Payne said on Wednesday that she was aware of the reports, but cautioned that “as Ms Wumaier is not an Australian citizen we do not have an entitlement to consular access”.

Canberra has traditionally been keen to avoid friction with its biggest trading partner, but tensions between the two countries have escalated over security concerns and Beijing’s growing presence in the Pacific.

Australia was among 22 countries, along with Britain, Canada and Japan, that last week wrote to top United Nations officials condemning China’s treatment of ethnic minorities.

China’s embassy in Australia slammed the ABC programme as “full of lies, distortion and bias”.

Mr Abdusalam said he was “really happy” that Australia was taking action, but called on officials to do more.

Beijing strongly defends its use of internment camps in Xinjiang, which it says are necessary to counter religious extremism and terrorism.

It has blocked Australian diplomats from visiting Xinjiang since early 2017.

“On 31 August he will be two years old,” Mr Abdusalam said of Lutifeier.

“I would like to see my son before 31 August so we can celebrate his birthday as a family.”

Australian lawyers representing the family are urging Canberra to fast-track a visa for Ms Wumaier.