An Australian traveller almost lost her hand after suffering horrific injuries from a $5 henna tattoo she got while visiting Egypt.  Brooke Crannaford, 26,... 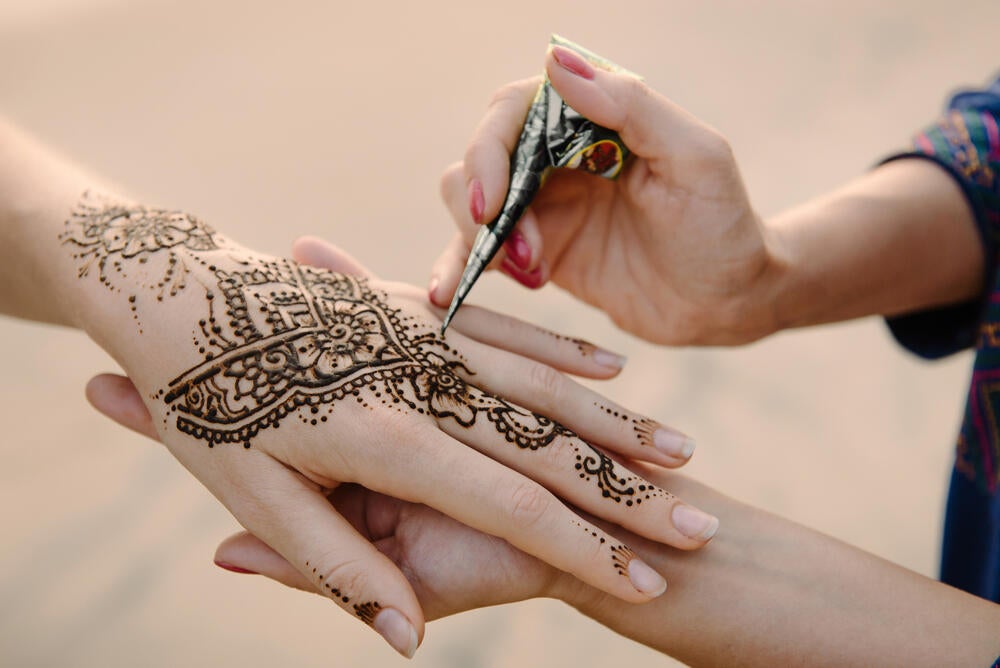 An Australian traveller almost lost her hand after suffering horrific injuries from a $5 henna tattoo she got while visiting Egypt.

Brooke Crannaford, 26, from Melbourne was visiting the village of Aswan on the Nile River when she decided to get a henna tattoo from a local woman.

Hours after getting the temporary tattoo, Ms Crannaford felt like something was wrong.

She started losing feeling in her fingers before the tattoo began to grow boils and blisters.

‘At first, a few hours after it was applied I started to feel really itchy, and then progressively over 24 hours it got worse and worse,’ she told Yahoo News.

She rushed to see a doctor where she was diagnosed with cellulitis, which is a bacterial skin infection.

‘They diagnosed me with stage 3 cellulitis and a severe chemical/second or third-degree burn,’ she said.

‘I was extremely lucky not to lose any digits.’

Ms Crannaford said it took three weeks before the wounds healed enough so she could leave it uncovered.

It took another week before she could go back to work.

Doctors have warned families travelling overseas to be aware of the dangers surrounding henna.

Children can get temporary henna tattoos but unlike Australia, the industry overseas is not regulated and the ingredients in the dye can lead to extreme reactions.

Black ink henna is generally known to cause burns as they contain an ingredient called paraphenylenediamine (PPD).

PPD is mostly used in hair dye and is extremely toxic for the skin resulting in chemical burns, blisters and scarring.