Australian officials on Wednesday ordered residents and tourists to get out of the way of fast-approaching flames as firefighters struggled to contain more than... 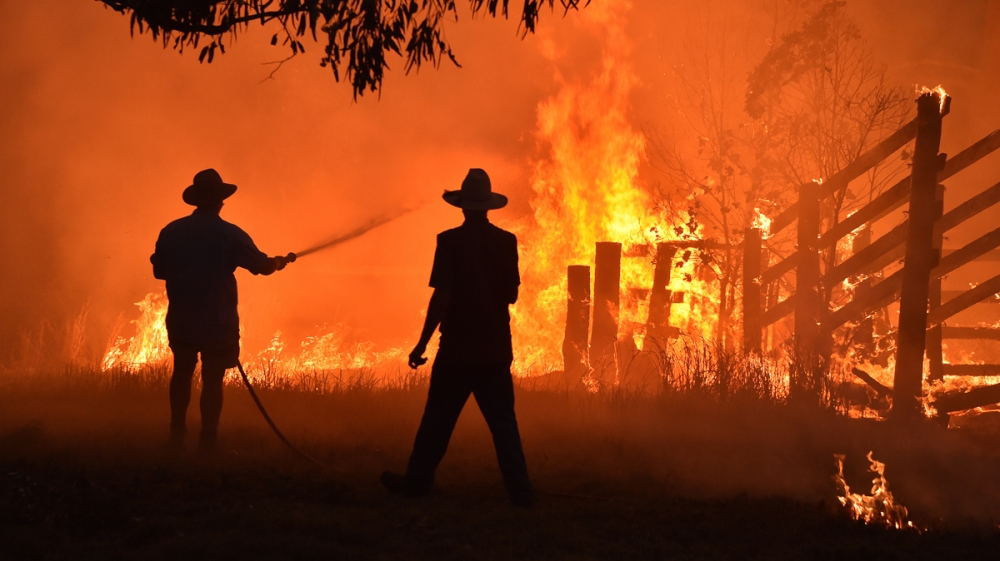 Australian officials on Wednesday ordered residents and tourists to get out of the way of fast-approaching flames as firefighters struggled to contain more than 150 bushfires raging on both the east and west coasts.

While cooler weather overnight brought some relief for firefighters in the state of New South Wales (NSW), of which Sydney is the capital, attention shifted to its northern neighbour, Queensland, where more than 80 fires threatened lives and homes.

Authorities have issued a “leave immediately” warning, the highest level, for several areas including Noosa, a beachside holiday destination 150 kilometres (93 miles) north of Brisbane, the state capital of Queensland.

“We’re expecting people to listen to the warnings and work on their bushfire survival plans and, if in doubt, now is the time to leave,” said Greg Christensen, mayor for the Scenic Rim regional council in Queensland.

“This is a very challenging season,” Christensen told reporters. “You haven’t had bushfires like these bushfires before.”

The fires have sparked increasingly acrimonious debate over climate and fire-prevention policies, with the ruling conservative Liberal Party and the minor opposition Australian Greens exchanging barbs.