Three citizens of Australia are being held in Iran, the Australian government said on Wednesday, confirming the detentions as frictions remain high between Tehran... 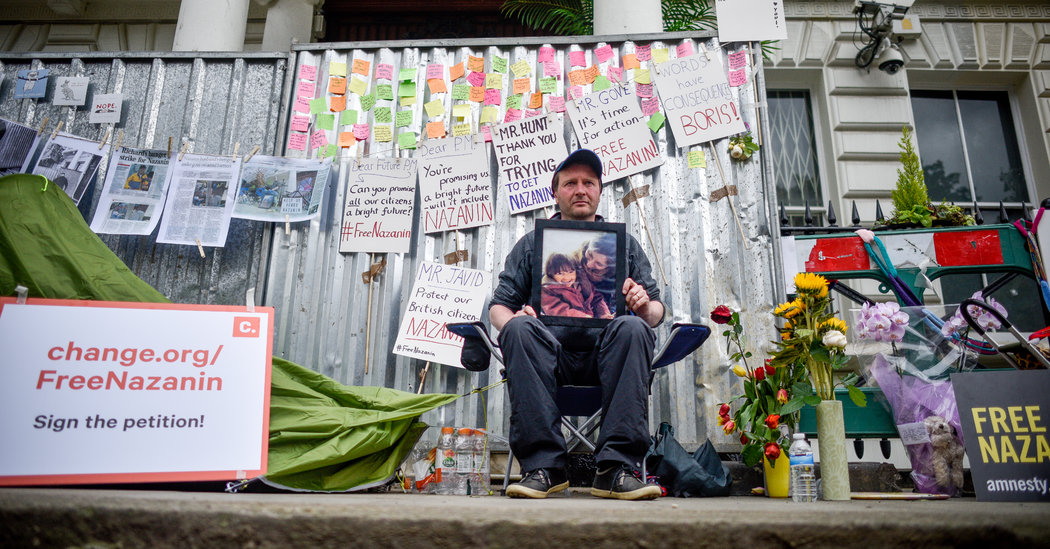 Three citizens of Australia are being held in Iran, the Australian government said on Wednesday, confirming the detentions as frictions remain high between Tehran and Western nations over the imperiled 2015 accord limiting its nuclear program.

The Australian government said it was providing consular assistance to the families of those detained, and it reminded travelers that they risk arbitrary detention when visiting Iran. The government provided no other details, citing privacy requirements.

The newspaper said that the couple was taken into custody about 10 weeks ago, and that the scholar was detained earlier and had since been sentenced to a decade in prison on unknown charges.

The paper reported that the blogger and the academic were being held at Evin Prison in Tehran, in the same ward that houses female prisoners such as Nazanin Zaghari-Ratcliffe, a British-Iranian woman who was detained in 2016 on charges of spying.

The detentions of the blogger and the scholar are the first in years in which Iran has held Britons who do not also have Iranian citizenship, the newspaper said.

The British government said in a statement Wednesday that its foreign secretary met with the Iranian ambassador and raised “serious questions” about dual nationals detained in Iran. It gave no information about specific cases.

In April, the Iranian foreign minister, Mohammad Javad Zarif, publicly proposed a prisoner exchange with the United States, and raised the cases of Ms. Zaghari-Ratcliffe and an Iranian woman being held in Australia. Iran has detained several dual and foreign nationals in recent years, including at least four Americans.

“We have an Iranian lady in Australia who gave birth to a child in prison,” Mr. Zarif said during a discussion at a think tank in New York, adding that the case involved the purchase of transmission equipment for an Iranian broadcasting company.

“That’s her charge,” he added. “She has been lingering in an Australian jail for the past three years.” He said that the United States had requested that the woman be extradited, and that Washington had not responded to the Iranian overtures on a prisoner swap.

Tensions have spiked between Iran and the West after President Trump withdrew the United States from the 2015 nuclear deal and reimposed punishing sanctions last year. In July, Britain and Gibraltar seized an Iranian ship they accused of carrying oil to Syria, and Iran retaliated by detaining a British-flagged tanker in the Strait of Hormuz.

The family of Ms. Zaghari-Ratcliffe confirmed that she and the British-Australian blogger were being held in the same ward at Evin Prison. The blogger came out of solitary confinement a few weeks ago, the family said.

Ms. Zaghari-Ratcliffe, 41, had lived in London for more than a decade before she was detained in Tehran while trying to return to Britain; she had been in Iran visiting family with her young daughter.

At the time, she was a program director at the Thomson Reuters Foundation — a charity independent of the media conglomerate Thomson Reuters. She was accused of plotting to overthrow Iran’s government. Her family and the foundation have vigorously denied the charge.

Ms. Zaghari-Ratcliffe’s husband, Richard Ratcliffe, said that the British Foreign Office had not given the family information about the other British nationals being held, but that the families and their representatives in Parliament were pressing for a joint meeting with Dominic Raab, Britain’s foreign secretary.

“The U.K. government needs to be transparent about what is going on and its responsibility to protect its citizens,” Mr. Ratcliffe said in an emailed statement. “And it needs to work better with other affected countries — so that the Iranian government truly understands this practice has to stop. Hostage diplomacy is not O.K.”

Tulip Siddiq, a member of Parliament for Ms. Zaghari-Ratcliffe’s constituency, tweeted about the situation on Wednesday, saying Iran’s action “once again ups the stakes.”

“This is a wake-up call for our prime minister, government and ministers that they must act urgently to bring our innocent citizens home,” she wrote.