CANBERRA (DPA) – Australia and the North Atlantic Treaty Organization (Nato) have signed a new “enhanced partnership agreement” with a greater focus on the... 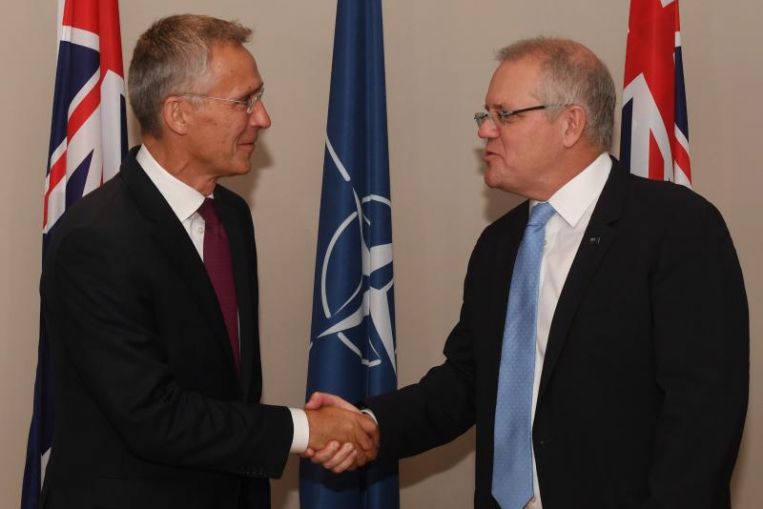 CANBERRA (DPA) – Australia and the North Atlantic Treaty Organization (Nato) have signed a new “enhanced partnership agreement” with a greater focus on the Pacific region.

Nato Secretary General Jens Stoltenberg, who is on a two-day visit to Australia, signed the deal, which is renewed every two years, with Defence Minister Linda Reynolds in Sydney on Wednesday (Aug 7).

“We are looking at new areas to work together in the Indo-Pacific,” Reynolds told reporters after signing the deal.

Australia currently contributes around 300 personnel to the Nato-led Resolute Support Mission in Afghanistan. Australia and NATO are also planning to work more on issues such as access to rare earth elements, critical for military technologies.

Stoltenberg said the agreement is “a framework” for future joint efforts and cooperation.

“The more unpredictable and challenging the security environment is, the more important it is that we stay together, work together, stand together and protect a rules-based world order,” Stoltenberg said.

“That is the purpose of the partnership between Australia and Nato.”

He also said the NATO member states were “concerned” about Iran’s activities in the Strait of Hormuz and watching the situation closely.

“All our allies are concerned about the destabilising activities of Iran in the region – its support for different terrorist groups and its missile programs,” Stoltenberg told reporters.

Australia has said it is considering sending military vessels and aircraft to the Gulf amid escalating US-Iran tension in the region.