Athletes Must Take a Stand on Social Injustice

US footballer Megan Rapinoe refused to meet President Trump at the White House and has been lobbying US legislators on equal pay [Mike DiNovo/USA... 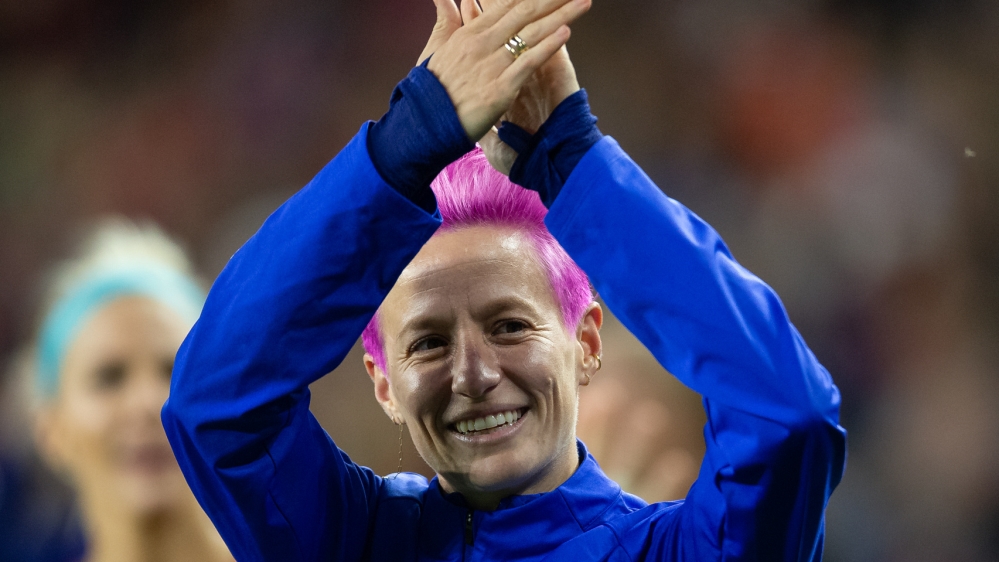 On Friday, Washington Nationals pitcher Sean Doolittle caused a stir by announcing that he will not be joining his teammates when they visit the White House to commemorate their World Series win because of President Donald Trump‘s “divisive rhetoric” and stance on issues such as immigration, race, LGBTQ and disability rights.

Doolittle was not the first US athlete to refuse an invitation to the White House in recent years.

In 2017, a public spat with the Golden State Warriors caused Trump to rescind the NBA champion’s invitation to the White House. In May of this year, African American and Latino members of the 2018 World Series winners Boston Red Sox refused to join Trump at a White House celebration. In June, members of the US women’s football team announced that they would not accept an invitation to visit the White House after they won the World Cup. One of the team’s star players Megan Rapinoe said that neither she nor her teammates were interested in being “co-opted or corrupted by this administration” or “lending the platform that we’ve worked so hard to build, the things that we fight for and the way that we live our life”.

While some applauded these athletes for taking a stance, others accused them of being “disrespectful to the office of the president”, “not knowing their place” and “politicising sports”.

These criticisms have no merit.

There is a long tradition of political and social activism in professional sport that goes well beyond Trump and his presidency. Gifted with fame and thrust into the public spotlight as leaders and role models, athletes are well-positioned and have a responsibility to speak out on issues of discrimination, inequality and social injustice. People who say that politics have no place in sport ignore the reality that sports are a microcosm of the greater society, and athletes are not immune to the issues that devastate the societies they live in.

Previous generations of athlete-activists took a stand on the issues of their day and paid a price. Muhammad Ali lost his boxing licence for refusing to serve in the military during the Vietnam War. During the 1968 Summer Olympics, gold and bronze medallists Tommie Smith and John Carlos – both African Americans – were suspended from the national team for their iconic black power salute against racial injustice. Silver medallist Peter Norman, a white Australian who opposed his country’s racist White Australia policy and participated in the protest, was ostracised.

Today, professional athletes who are being accused of “politicising the game” are simply following in the footsteps of these sporting heroes and taking a stand on issues close to their hearts.

And their activism is in no way limited to criticism of the US president.

They are, for example, fighting gender discrimination and raising their voices for pay equality – in sports and beyond.

Megan Rapinoe, a plaintiff in a lawsuit the US Women’s National Soccer Team (USWNT) filed against the US Soccer Federation alleging “ongoing policies and practices of systemic gender discrimination” against women that “extend beyond pay and into nearly every aspect of players’ work conditions”, has been lobbying US legislators on equal pay. “The effect of equal pay is not just on the woman’s wallet,” she said during a July meeting with two senators. “It’s on her children’s wallet, it’s on her community’s wallet. It’s sort of on the whole world. It affects men too, I think a lot of guys don’t realise that. Every time a woman is not paid equally, everyone is not, and nobody’s potential is able to be reached.”

Athlete-activists like Rapinoe, who are regularly accused of “not knowing their place” and “politicising sports”, are also standing up for LGBTQ rights. They are fighting bullying and religious discrimination. They are taking the knee against racism.

Trump and his supporters are trying hard to convince the American public that athlete-activists like Doolittle and Rapinoe are demonstrating not against Trump and his policies, but the American nation as a whole.

This is why they brought the patriotism of the football players who kneeled during the national anthem to protest against racism in the US into question, and caused the blackballing of the movement’s founder  Colin Kaepernick.

The US president’s attempts to discredit athlete-activists and forcefully separate sports from politics, however, do not seem to be working. On October 27, Trump got a less-than-welcoming reception at game five of the World Series in Washington DC, where he was met with boos and chants of “Lock him up!”. Baseball fans, who seemed convinced that stadiums are a suitable place for political protest, were also carrying banners calling for his impeachment. Similarly, later that week on November 2, Trump was welcomed with jeers and signs reading “Remove Trump” and “Impeach Trump” at a UFC match at Madison Square Garden in New York.

Trump’s rise to power on the back of a highly divisive election campaign, and his hate-filled statements, policies and positions in the years that followed exacerbated some of the existing ills of American society and made it more urgent than ever before for sportsmen and women to raise their voices against injustices.

Today, racism, sexism and other injustices are endemic in professional sports and daily life. If athletes are not allowed to speak out and help change the human condition and are expected to remain silent when they or others suffer from discrimination, they are relegated to the role of entertainers and gladiators.