India and Pakistan have fought two of their three wars over Kashmir At least three civilians, including two children, have been... 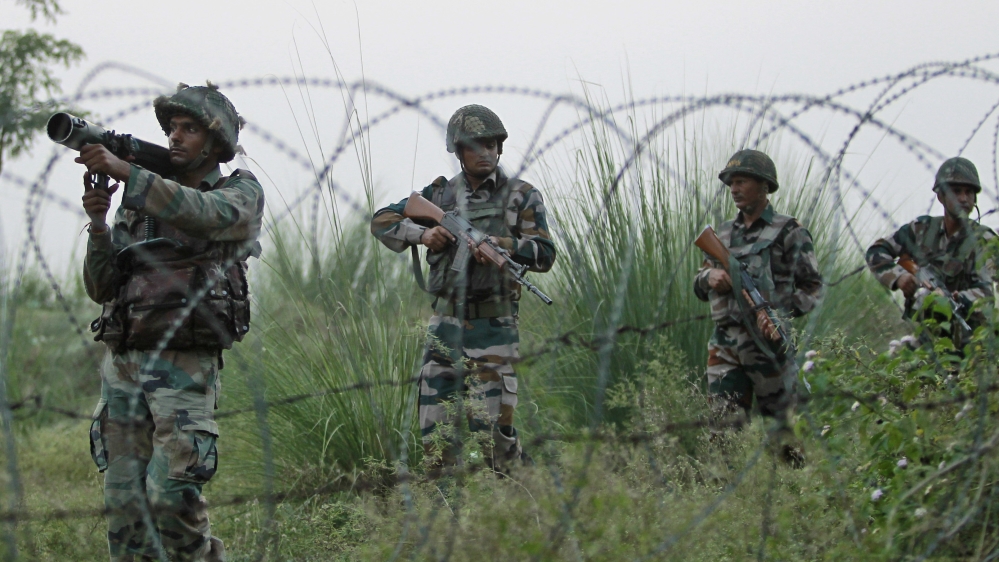 India and Pakistan have fought two of their three wars over Kashmir [File: Channi Anand/AP]

At least three civilians, including two children, have been killed and eight others wounded after “unprovoked firing” by Indian troops in the disputed Kashmir region, Pakistan‘s foreign ministry said.

The incident on Tuesday took place on the Pakistani side of the heavily militarised Line of Control (LoC), the de facto border dividing the region, according to a ministry statement on Wednesday.

“The Indian occupation forces along the LoC and working boundary have continuously been targeting civilian-populated areas with artillery fire, heavy-calibre mortars and automatic weapons, which still continues,” the statement said.

Women and children were among those injured, it added.

Pakistani officials said their troops returned fire, but it was unclear whether there were any casualties on the Indian side.

Separately on Wednesday, three rebel fighters were killed in a gun battle with Indian security forces in Indian-administered Kashmir.

“Three terrorists were killed and the bodies were retrieved from the site of the encounter,” Jammu and Kashmir police said in a statement.

“Incriminating material, including arms and ammunition, was recovered.”

India and Pakistan claim the Kashmir territory in its entirety, but rule over parts of it. They have fought two of their three wars over the Himalayan region.

Tensions have remained high between the nuclear-armed neighbours since India downgraded the autonomy of its side of Kashmir in August and imposed tighter controls on the area.

The abrogation of Kashmir’s special status was accompanied by the detention of hundreds of political leaders and activists, including pro-India politicians as well as those who had been resisting Indian rule, from the region.