At least five people in the Turkish town of Ceylanpinar were “lightly” wounded by a rocket fired from Syria, raising the specter of a... 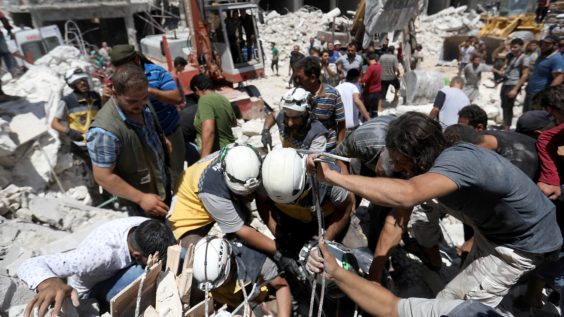 At least five people in the Turkish town of Ceylanpinar were “lightly” wounded by a rocket fired from Syria, raising the specter of a direct clash between Ankara and Damascus. Syrian troops, with the backing of Russian air support (and reportedly Russian special forces on the ground), have over the past two months been conducting an assault on Idlib Province, located adjacent to the shared border with Turkey. Ankara has denounced the offensive, fearing the 300,000 people already displaced would seek refuge in Turkey, where some 3.5 million Syrian refugees already are. It was not immediately clear which group launched the rocket, although Turkey has long been wary of the Kurdish-led, US-backed Syrian Democratic Forces, which comprise YPG units that Ankara considers an extension of the banned PKK that has for four decades waged an insurgency in Turkey with a view to gaining autonomy. The Turkish government recently threatened to initiate a cross-border mission against the YPG, which could lead to a major confrontation between the primary players in Syria, just as the major fighting in the eight-year-long civil war was seemingly winding down.