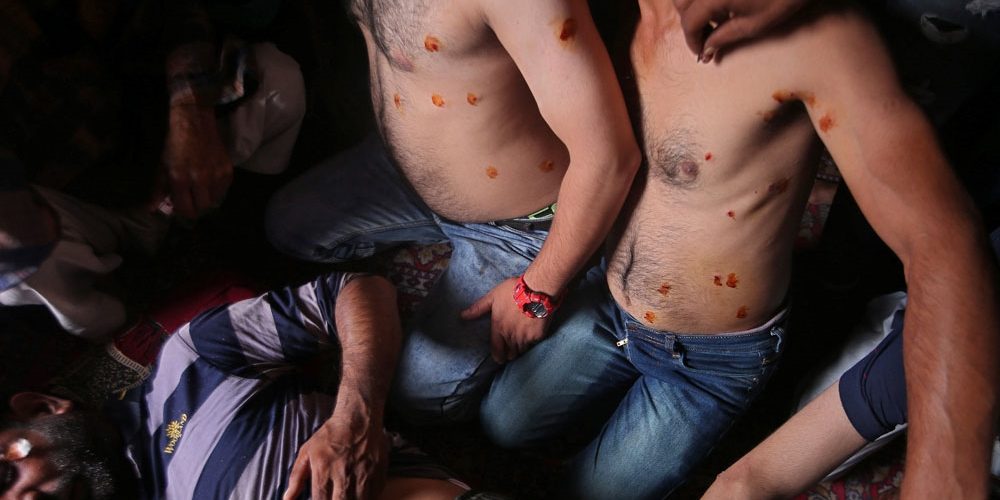 More than 150 people have suffered injuries from tear gas and pellets in the disputed Kashmir since Indian security forces launched a major crackdown this month, data from the region’s two main hospitals shows.

At least 152 people reported to Srinagar’s Shere Kashmir Institute of Medical Sciences (SKIMS) and Shri Maharaj Hari Singh hospital with injuries from pellet shots and tear gas fire between August 5 and August 21, according to data acquired by Reuters news agency.

The Indian government, which has not yet provided any figures of the injured, has said there have been no deaths in this month’s demonstrations.

However, people, especially youth, have come out on the streets of Srinagar, on occasions such as Friday prayers or Eid this month, to protest India’s unprecedented move, in which clashes between Indian security forces and demonstrators has taken place.

A local government official in the state of Jammu and Kashmir, who spoke on the condition of anonymity, said the number of injured was probably higher than the figures from the two hospitals.

Many of those who were discharged within hours do not feature in their list, said the official, adding that those treated at smaller hospitals remain unaccounted for.

According to media reports, persons as young as 15 have been admitted in hospitals for firearm injuries. A 16-year-old student, Asrar Khan, was hospitalised on August 6 with severe injuries after a confrontation with Indian security forces.

Witnesses who spoke to Al Jazeera said a returning group of Indian paramilitary troops fired a tear gas shell at Khan. He was also hit by pellet gun shrapnel in the face. Another witness said there was no protest in the area prior to the incident.

Doctors at SKIMS operated on him during the night after CT scans revealed severe internal bleeding in the head.

A medical official at the hospital told Al Jazeera that the young male was likely to lose vision in both his eyes if he survives.

“He has suffered serious head injuries and our priority right now is to save his life,” said the official who wished to remain anonymous.

At SKIMS, one of the largest government-run hospitals in Srinagar, there are five to six young boys who have been wounded by Indian paramilitary troops since the military crackdown began in the disputed region, according to the official.

With additional reporting by Adnan Bhat and Zubair Sofi in Srinagar 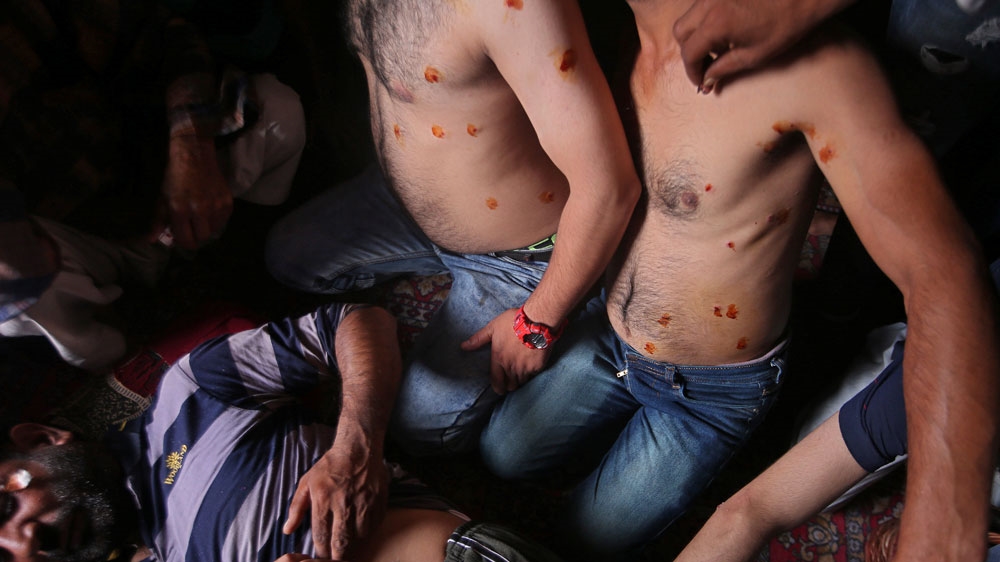