YALA • At least 15 people were gunned down in an ambush by suspected Muslim militants in Thailand’s violence-wracked south, an army spokesman said... 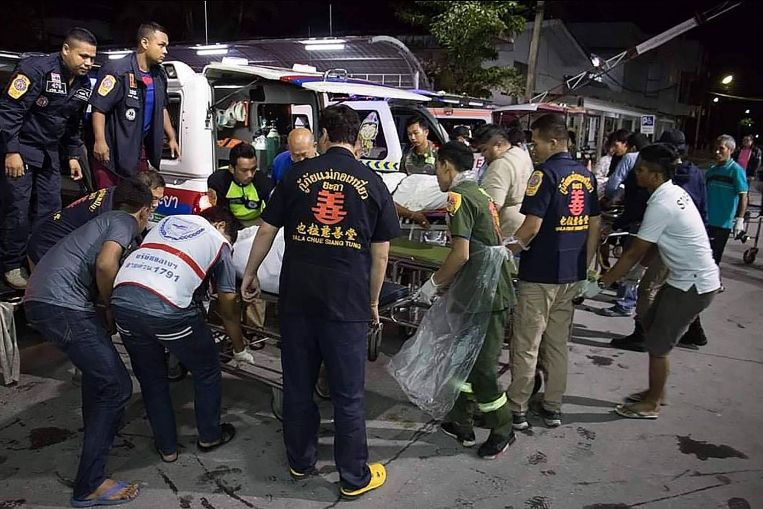 YALA • At least 15 people were gunned down in an ambush by suspected Muslim militants in Thailand’s violence-wracked south, an army spokesman said yesterday, one of the bloodiest days in the 15-year insurgency.

Thailand’s three southernmost provinces have been in the grip of a conflict that has killed more than 7,000 people, as Malay-Muslim militants fight for more autonomy from the Thai state.

Despite the high death toll, the unrest garners few international headlines. The area is heavily controlled by the police and military, with residents and rights groups accusing them of heavy-handed tactics.

In the largest death toll in years, “12 were killed at the scene, two more (died) at the hospital, and one died this morning”, he said, adding that five others were hurt.

The attackers took away M-16 rifles and shotguns, he said. “These acts were by militants.”

Nails were scattered on the roads to slow the forces, the army said in a separate statement. A bomb squad was dispatched yesterday morning to investigate and detonate an explosive device said to have been left by fleeing attackers.

Rebels seeking autonomy for the culturally distinct region bordering Malaysia have been fighting the Buddhist-majority Thai state, which colonised the area over a century ago. The conflict is characterised by tit-for-tat attacks.