Assange Says he Will Fight Extradition to The US

WikiLeaks co-founder Julian Assange told a British court Thursday he won’t surrender to authorities for extradition to the United States, where he faces charges... 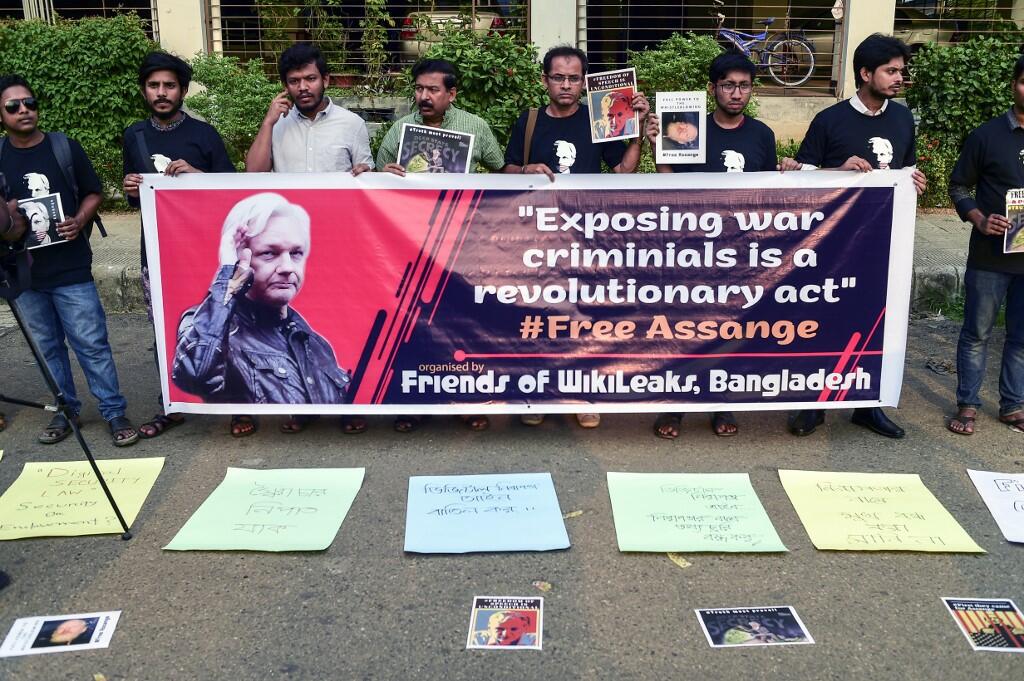 WikiLeaks co-founder Julian Assange told a British court Thursday he won’t surrender to authorities for extradition to the United States, where he faces charges of computer hacking.

“I do not wish to surrender myself for extradition for doing journalism that has won many, many awards and protected many people,” he told the judge, speaking from London’s Belmarsh Prison.

After Assange spoke, the court set a procedural hearing for May 30.

U.S. prosecutors say a 2010 leak from the hacking led to the posting of thousands of classified military documents, which mostly related to the U.S. war efforts in Iraq and Afghanistan.

Assange was arrested and removed from the Ecuadorian Embassy in London last month after spending seven years there, under protection of asylum.

Wednesday, another British court sentenced Assange to 50 weeks in jail for skipping bail in 2012 over a sex assault charge in Sweden. Judge Deborah Taylor said Assange cost British taxpayers $21 million by hiding out at the embassy all those years.

Mark Summers, Assange’s attorney, said the 47-year-old Australian fears being extradited to the United States and possibly locked up at the U.S. Navy prison in Guantanamo Bay, Cuba.