The authoritative Syrian Observatory for Human Rights said that forces loyal to the Assad regime have made their first significant gains on the ground... 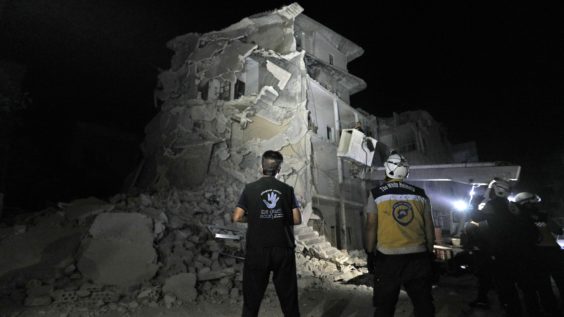 The authoritative Syrian Observatory for Human Rights said that forces loyal to the Assad regime have made their first significant gains on the ground during a four-months-long controversial offensive in the northern Idlib Province, located along the border with Turkey. The region, which an Al Qa’ida offshoot largely controls, has come under almost daily Syrian and Russian bombardment since April. It is the last major Syrian territory that remains in the hands of rebel forces. Moscow and Ankara recently agreed to a cease-fire in Idlib, amid threats by the latter to launch its own military campaign to cleanse an adjacent area of US-supported Kurdish YPG units that the Turkish government views as an extension of the banned PKK. However, that fragile truce was broken earlier this month following mutual recriminations by all parties. Some 3 million people thus remain stuck in the crossfire, raising the specter of another major humanitarian disaster as well as the prospect of a mass exodus of refugees into neighboring countries already stressed to the brim by the influx of nearly 7 million Syrian civilians over the course of the conflict.