SEOUL (THE KOREA HERALD/ASIA NEWS NETWORK) – The fate of Asiana Airlines, soon to be sold off by the Kumho Asiana Group, offers both... 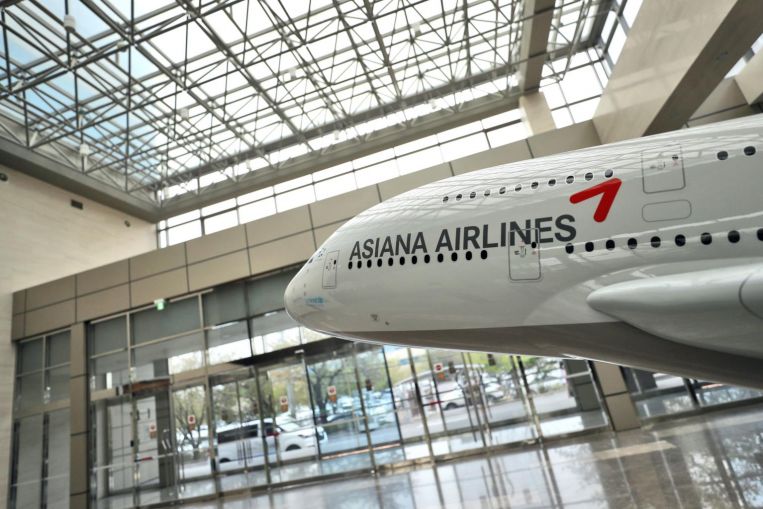 SEOUL (THE KOREA HERALD/ASIA NEWS NETWORK) – The fate of Asiana Airlines, soon to be sold off by the Kumho Asiana Group, offers both lessons and challenges for Korea Inc as well as for the nation’s second-largest flag carrier and other affiliates in the group, which focuses on transportation and logistics.

Most of all, the case should awaken the nation’s conglomerates, especially the family-controlled chaebol, to the risks of pursuing business expansion in the “octopus style” for which they have become notorious – that is, indiscriminately extending their tentacles in all directions.

Many such merger and acquisition decisions are made by owner families, who brave the dangers of over-leveraged buyouts. As a result, they often put their entire groups in deep trouble.

In the case of Kumho Asiana, the trouble began when Chairman Park Sam-koo, a second-generation member of the group’s founding family, pushed ahead with the acquisition of Daewoo Engineering and Construction in 2006 and Korea Express in 2008.

Industry officials had warned that Kumho Asiana was not financially healthy enough to absorb the two big companies.

As it turned out, Kumho Asiana eventually had to resell both Daewoo and Korea Express, whose current name is CJ Logistics.

The financial ruckus caused the overall decline of the entire group, and key affiliates like Kumho Industrial and Kumho Tire had to undergo debt rescheduling in 2009.

Asiana Airlines, which began operation 31 years ago as the nation’s second flag carrier, has not fared any better in recent years.

Last year, the full-service carrier swung to a net loss of 10.4 billion won ($12.4 million) from a net profit of 248 billion won a year earlier.

That dismal performance forced Chairman Park Sam-koo to step down as CEO of Asiana last month. Park also tried to help Asiana overcome its liquidity crisis with the help of creditor banks.

But creditor banks, headed by the state-run Korea Development Bank, rejected the proposal, which among other things called on them to inject a fresh loan worth 500 billion won based on collateral from the Park family and to give the family three years to turn the airline around.

Given similar precedents, the creditor banks made the right decision.

In rejecting the proposal, they pressured the group to sell the troubled airline unit and its affiliates Air Busan and Air Seoul as a package in return for a rescue loan of 500 billion won.

In a market economy, nonviable or unsustainable businesses should be restructured or liquidated. If they are put on life support or granted temporary rescue, they can fall into a more serious crisis, thus causing huge losses not only to the industry but also to the national economy.

The favourable response of the stock market to the news of Asiana’s sell-off shows that investors view the sell-off as a positive development.

The challenge now is to rehabilitate the airline with a prompt injection of funds and accelerate the M&A deal.

The most important thing is to find a qualified buyer that can afford the huge debt Asiana owes.

The latest reports show that the company’s short-term debt amounts to 3.2 trillion won, with some 1.2 trillion won of loans maturing this year.

An early, smooth M&A for Asiana is all the more urgent because the nation’s air travel industry is in jeopardy. The financial troubles at Asiana were accompanied by a series of scandals involving its bigger rival, Korean Air.

The unexpected death of former Korean Air Chairman Cho Yang-ho following intense investigations into his family’s alleged wrongdoings put the future of the air carrier and its parent, Hanjin Group, into uncertainty.

As the two flag carriers go through their most difficult times ever, normal operation, especially ensuring safety, is more important than anything else.

Industry officials, creditor banks and government officials should rack their brains to work out measures to stabilise the two airlines at an early date and turn the crisis into an opportunity to raise the competitiveness of the nation’s air travel industry.

The Korea Herald is a member of The Straits Times media partner Asia News Network, an alliance of 23 news media organisations.