SINGAPORE – Journalists from across Asia showed viewers just how vibrant the street food culture in the region is in a special live broadcast... 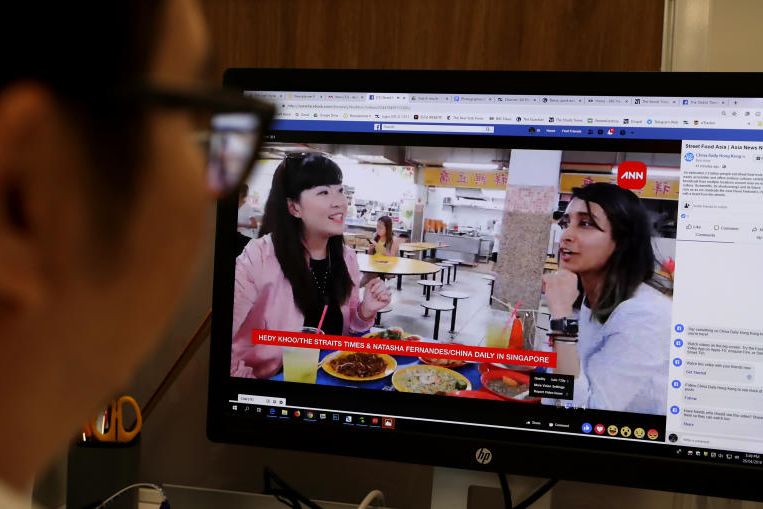 SINGAPORE – Journalists from across Asia showed viewers just how vibrant the street food culture in the region is in a special live broadcast on Friday evening (April 26).

Starting at 5.45pm Singapore time, viewers were brought to the streets of the Republic, Bangkok, Jakarta, Hong Kong, Kuala Lumpur, Hanoi and Seoul.

ANN is an alliance of 24 media organisations across the region. ST is the founding member of the network.

The stall had updated its traditional recipe of the popular local dish by omitting pork lard and using vegetable oil, and was recently featured in ST Food’s Cheap & Good series.

“The dish is Teochew in origin, but here, it has evolved over time to become a dish that is part of our Singaporean food culture,” Ms Khoo said.

“This stall uses Korean oysters and eggs from Malaysia, and the skill of the hawker is evident in how he can produce an outstanding oyster omelette without relying on animal fat for flavour.”

Despite professing a dislike for red bean, Ms Fernandes, a vegetarian, called the red bean soup “comfort food” and said it reminded her of something she would have at home.

Taking a sip of the lime juice, she commented: “That just feels like it’s waking me up.”