Arsenal FC players fly into Dubai on branded Emirates A380 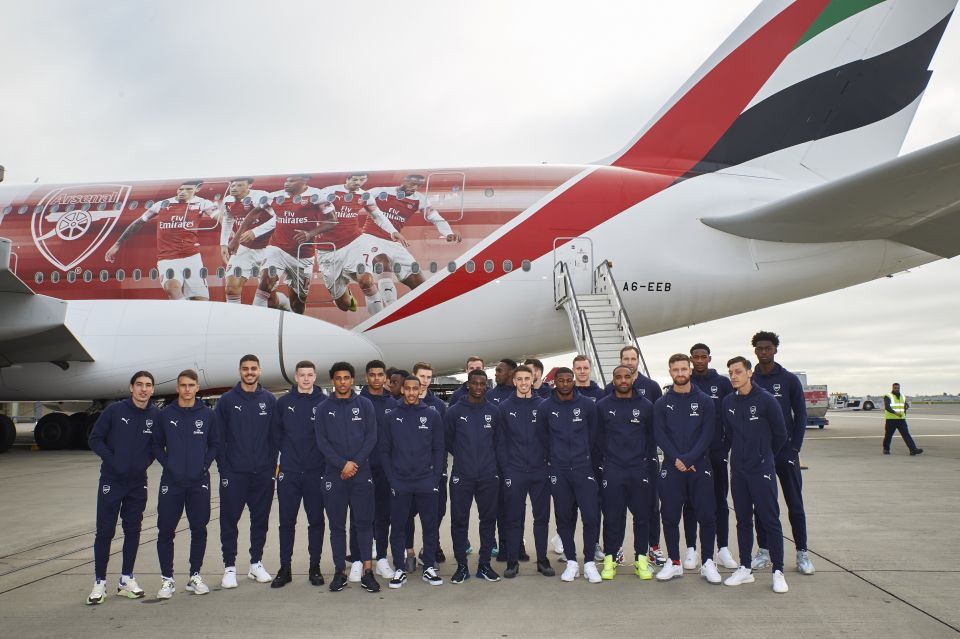 Arsenal Football Club have travelled to Dubai on board a newly branded Emirates A380 with a livery featuring a montage of first team players.

The club is in Dubai for a friendly match with Al Nasr Sports Club as well as the official inauguration of Al Maktoum Stadium, taking place on March 26.

During their stay in Dubai, the Arsenal players will also take part in warm weather training sessions, to prepare for final weeks of their football season.

This is the first time in Emirates’ history that the whole Arsenal squad has visited their Dubai home.

Arsenal fans as well as plane spotters can catch the A380 under tail number, A6-EEB, as it travels around the world with scheduled services planned to Paris, London Heathrow, Amsterdam, Bangkok and Hong Kong.

Emirates, whose partnership with Arsenal is one of the most recognisable in the world of sport, last year announced a new sponsorship deal, granting the airline a five year extension to its shirt partnership with the club until the end of the 2023-2024 season.

The sponsorship was the largest ever signed by a club and one of the biggest ever agreed in football. Arsenal’s home also continues to be known as Emirates Stadium until 2028.