Argentina Cruised to a 2-0 Win Over Qatar

An improved Argentina cruised to a 2-0 win over Qatar to revive their stuttering Copa America campaign and progress to the quarter-finals along with... 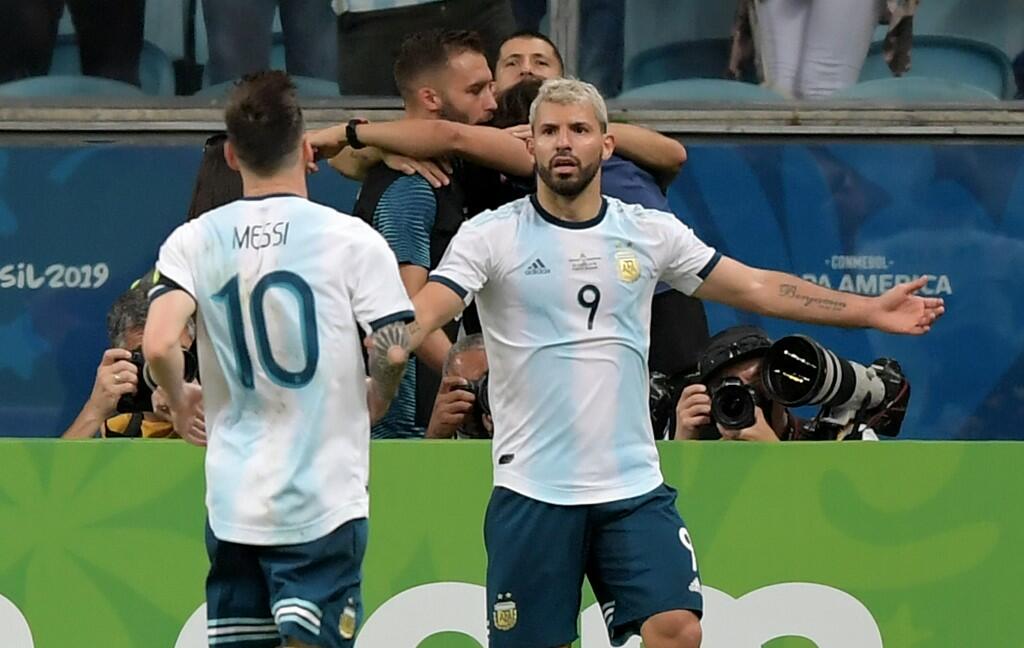 An improved Argentina cruised to a 2-0 win over Qatar to revive their stuttering Copa America campaign and progress to the quarter-finals along with Group B winners Colombia.

On a night when defeat would have seen them bomb out of the competition, the Albiceleste were rarely troubled at Gremio Arena, where Lautaro Martinez fired them into an early lead after a Bassam Al Rawi error gifted him the simplest of chances.

It was not a vintage Argentina performance by any stretch of the imagination, but after defeat to Colombia and a draw with Paraguay in their opening matches, coach Lionel Scaloni will have been relieved to see his side dominate for large spells to set up a meeting with Venezuela.

Sergio Aguero and Lionel Messi both had numerous opportunities to extend Argentina’s lead and the Manchester City forward did so eight minutes from time as tournament guests Qatar were dumped out of the competition despite some impressive displays.

Al Rawi’s woeful clearance was easily intercepted by Martinez, who simply side-footed it into the bottom corner of the net to give Scaloni’s men a fourth-minute lead.

Franco Armani had to hurtle off his line to narrow the angle on Hassan Al Haydos as he bore down on goal, the Argentina goalkeeper getting a hand to the Qatar captain’s lob to keep his side in front.

But the 2022 World Cup hosts rarely threatened and were fortunate to go in trailing by only a solitary goal after Aguero fired tamely wide when Messi presented him with a golden opportunity from the edge of the box.

Aguero missed a trio of second-half chances as Qatar struggled to contain him, and goalkeeper Saad Al Sheeb did well to parry the striker’s stinging close-range volley.

Al Sheeb made another diving save from an Aguero pile-driver before Messi uncharacteristically ballooned over the crossbar from 12 yards with the whole goal to aim at.

Aguero finally got his goal after outpacing Boualem Khoukhi and drilling a low shot that beat Al Sheeb and bulged the bottom corner of the net to make sure of the result.

What does it mean? Crisis averted – for now

Had Argentina been forced to pack their bags, the inquest back home would have been tempestuous. As it stands Scaloni can breathe again, but he must continue to demand further improvements as his players head into the last eight.

After Messi and Martinez laboured in a front two in Argentina’s 1-1 draw with Paraguay last time out, the addition of Aguero in a three-pronged attack did the trick here.

Given the way Argentina bossed the first half it is unlikely Qatar would have kept them at bay had Al Rawi not opened the door to them, but in doing so he tarnished his side’s chances.

Argentina will face Group A runners-up Venezuela in the quarter-finals, while Qatar return home with only one point but plenty of new admirers after some good moments in their three group games.