Are There Saudi, Mossad Hands Behind The Removal of Sudan's Bashir? 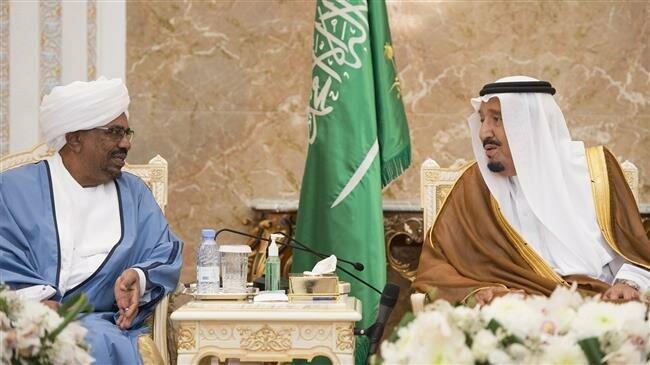 “The Kingdom declares its support for the steps announced by the Council in preserving the lives and property, and stands by the Sudanese people, and hopes that this will achieve security and stability for brotherly Sudan,” the Saudi official news agency SPA said late Saturday.

The agency added that Riyadh had also announced a humanitarian aid package to Sudan, including wheat, petroleum products, and medicine.

The Sudanese military on Thursday deposed Bashir, who had ruled Sudan since 1989, following months of popular protests against his government. The military also established a military council to run the African country for a transitional period of two years.

A report by London-based Middle East Eye last month said the head of Israel’s Mossad had met with his Sudanese counterpart in Germany as part of a secret plan by Saudi Arabia, Egypt and the United Arab Emirates to oust Bashir.

In another report in January, Bashir lamented that he had fallen for advice from unknown parties to normalize ties with Israel in order to ensure stability in his country, but had seen the situation spiral out of hand.

Bashir, 75, who ruled over 30 years, took power in a coup in 1989. He had said that he would only move aside for another army officer or at the ballot box.

The protests against Bashir initially erupted on December 19, 2018, in the face of a government decision to triple the price of bread. The demonstrations quickly turned into a mass movement across the country against the president, and finally led to his ouster.

Sudanese media and analysts say Burhan coordinated sending Sudanese troops to Yemen to participate in the Saudi war on the impoverished country.

It is with the support of this group that “he now appears to have come to power,” said Berridge.

“The role in this latest move of the Rapid Support Forces — branded by many as a revamped version of the Janjaweed militias who committed mass atrocities in Darfur — will make many cautious,” Berridge added.

On Saturday, protest organizers in Sudan submitted a list of demands to the military during talks held after a transitional military council was sworn in as thousands of people held a sit-in outside the army headquarters in the capital Khartoum.

In a statement, the organizers said they have called for the formation of a fully civilian government. They also pledged to continue their protests until all their demands were met.

Earlier in the day, the new head of the ruling military council, in an address, pledged a civilian government in Sudan.

In a statement aired live on official Sudan TV, Burhan announced the cancellation of the curfew and the release of all people tried by the emergency law. He also declared the dismissal of all states’ military governors and the assignments of commanders of the military to areas in the states.

“I announce the restructuring of state institutions according to the law and pledge to fight corruption and uproot the regime and its symbols,” he said.