Many sources claim that air fryers offer a healthful alternative for making fried foods. But what are the benefits and risks of cooking with...

Air fryers have had a recent surge in popularity due to a growing awareness of healthfulness and continuing demand for fried foods. People in America eat more potatoes than any other vegetable, with 40 percent of this total coming from frozen products, such as french fries.

Makers of air fryers advertise this appliance as a route to making and enjoying fried foods without the adverse health effects of oil-fried foods. Air-fried foods have a lower fat content than deep-fried foods, which means they may be more healthful.

However, some people are concerned about the possible health risks of using this new form of cooking, primarily due to fears over toxicity and cancer; others are skeptical about the alleged benefits of air-fried foods.

In this article, we look at the health benefits and risks of using air fryers and compare the technique with other cooking methods.

Air fryers vs. other cooking methods 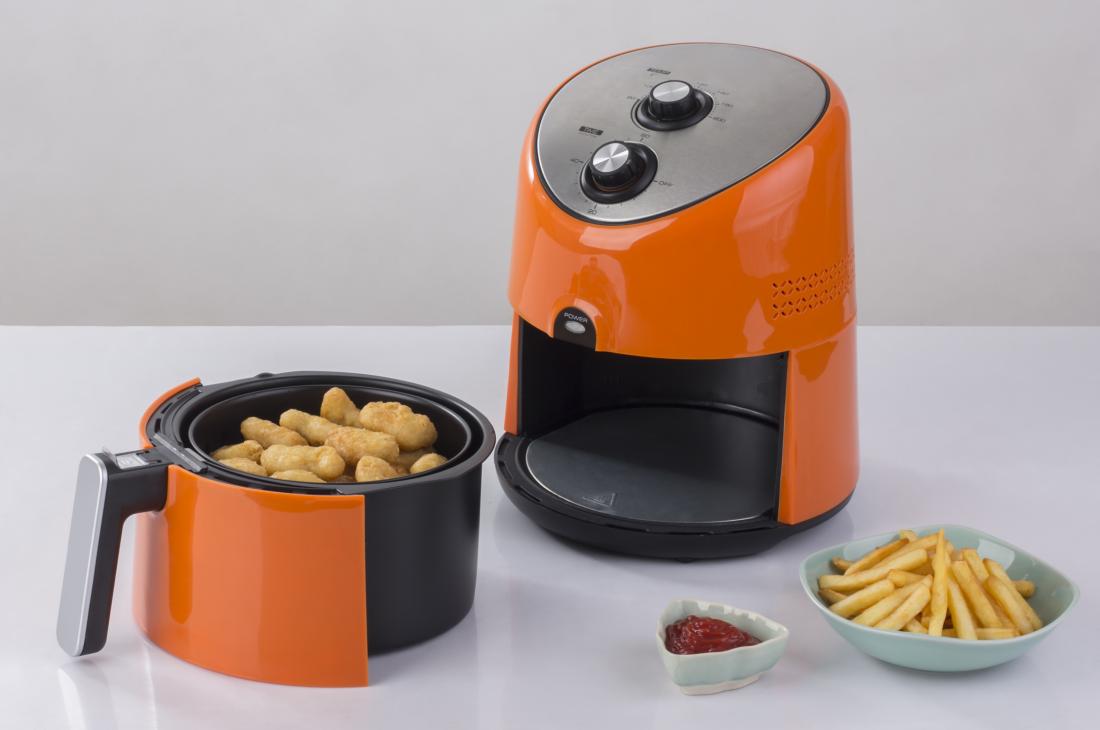 Air fryers can promote weight loss and are safer than deep-fried foods.

Manufacturers designed air fryers to create a more healthful way to cook deep-fried foods, not to replace traditional, healthful methods of preparing foods, such as roasting and grilling.

Deep-fried foods tend to contain a lot more fat than foods cooked in other ways.

While 100 grams (g) of fried and battered chicken breast contains 13.2 g of fat, compared to just 0.39 g of fat in an oven-roasted chicken breast, many people prefer the flavor and texture of fried chicken.

Since air fryers require a fraction of the oil that deep fryers need, people can have a more healthful meal that has similar flavors and textures.

This is desirable since lowering oil intake can be hugely beneficial for a person’s health. Scientists have linked intakes of fat from vegetable oil to a variety of health conditions, including but not limited to an increased risk of heart disease and higher rates of inflammation.

None of this is guarantees that air-fried chicken is more healthful than roasted, grilled, slow-cooked, or pan-seared chicken. There are many other appliances capable of providing healthful, delicious foods. They just do not result in the fried crispy texture that air fryers provide.

How do air fryers work?

Air fryers work by circulating hot air around a food item to create the same crispiness as in traditional fried foods.

Air fryers accomplish this by removing high-fat and high-calorie oils from the cooking process.

By using just 1 tablespoon of cooking oil rather than multiple cups, a person can produce similar results as they would with a deep fryer with a fraction of the fat and calories.

Researchers state that air fryers use heated air that contains fine oil droplets to take the moisture out of the foods. The result is a product that has similar characteristics to fried foods, though with significantly lower levels of fat.

Like many other cooking methods, air-frying triggers a chemical reaction — the Maillard effect — that improves the color and flavor of air-fried food.

A higher intake of fried foods has direct links with higher obesity risk. This is because deep fried foods tend to be high in fat and calories.

Air fryers can be safer than deep fryers

Deep-frying foods involves heating a large container full of scalding oil. This can pose a safety risk. While air fryers do get hot, there is no risk of spilling, splashing, or accidentally touching hot oil. People should use frying machines carefully and follow instructions to ensure safety.

Frying food in oil can cause dangerous compounds to develop, such as acrylamide. This compound forms in certain foods during high-heat cooking methods, such as deep frying.

According to the International Agency for Research on Cancer, acrylamide may have links to the development of some cancers, including endometrial, ovarian, pancreatic, breast, and oesophageal cancer. Additional studies have also suggested a link between dietary acrylamide and kidney, endometrial, or ovarian cancers, though the results are uncertain.

By switching to air frying, people can lower the risk of having acrylamide in their food.

Cooking with oil and consuming traditional fried foods regularly has links to many adverse health conditions. Replacing deep frying with other cooking methods can reduce a person’s risk of these complications.

While air fryers have their benefits, they also have their own unique collection of adverse effects, including but not limited to the following:

Air frying does not guarantee a healthful diet 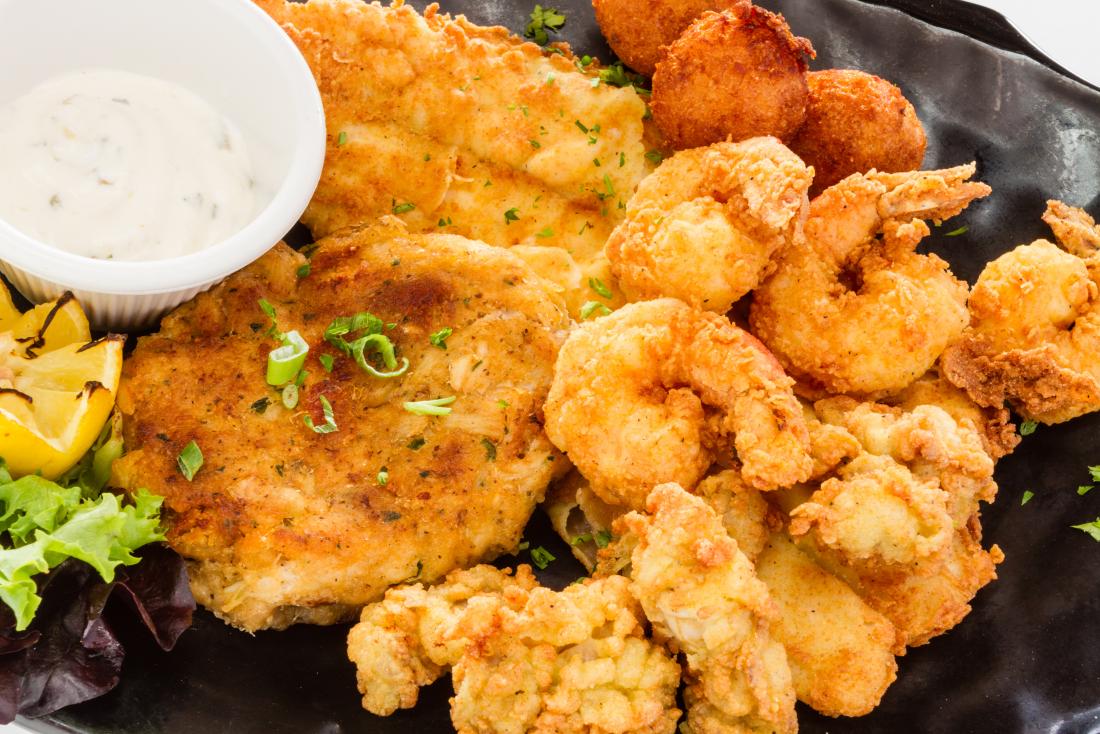 Just replacing all deep-fried foods with air-fried foods in no way guarantees a healthful diet.

For optimal health, people should focus on a diet filled with vegetables, fruits, whole grains, and lean protein.

While air fryers reduce the likelihood of acrylamide formation, other potentially harmful compounds could still form.

Not only does air frying still run the risk of creating acrylamides, but polycyclic aromatic hydrocarbons and heterocyclic amines can result from all high-heat cooking with meat.

These compounds have associations with cancer risk, according to the National Cancer Institute.

Scientists need to do additional research to clarify exactly how air frying and these compounds correlate.

Air fried food is not guaranteed to be healthful

Air fryers are capable of making foods that are healthier than deep-fried food, but keep in mind that fried food is still fried food. When cooking excessively with oil, there will always be associated health effects.

Research on the effects of air-fried food is currently limited, but experts generally recommended that people should limit their intake of fried food in general.

Just because someone has cooked food in an air fryer does not mean it is more healthful than all other food. Be sure to include other methods of cooking into regular dietary routines for optimal health.

People who are interested in buying an air fryer can find them at supermarkets or choose between brands online.