In what is being construed as further evidence of a rapprochement between the Jewish state and the Sunni Arab world, a delegation of journalists... 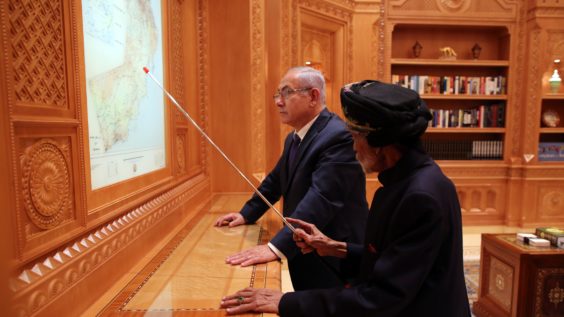 In what is being construed as further evidence of a rapprochement between the Jewish state and the Sunni Arab world, a delegation of journalists – including some from Saudi Arabia, the United Arab Emirates, Egypt and even Iraq – was set to arrive in Israel on Sunday. During the trip, organized by the Israeli Foreign Ministry, the reporters will tour Jerusalem and Tel Aviv in order to expose them to the country’s daily happenings, broad strokes of culture and burgeoning industries. The goal, presumably, is to educate regional influencers to begin viewing Israel in a way that is outside the prism of the conflict with the Palestinians. Over the past few years, some Arab media outlets, in accordance with their governments, have warmed up to Israel, calling for better bilateral relations and interviewing several high-ranking Israeli politicians and soldiers. Earlier this year, Israeli Prime Minister Binyamin Netanyahu made a public visit to Oman while another minister travelled to the UAE. This week, Israel’s foreign minister met with his Bahraini counterpart in Washington. Much of the shift has been attributed to an alignment of interests, with Jerusalem and Sunni Gulf nations dedicated to curbing Shi’ite Iran’s nefarious regional activities spanning Iraq, Syria, Lebanon and Yemen, as well as preventing its potential nuclearization.