Al-Jazirah, Saudi Arabia, July 11 The Arab League’s hesitant and distant stance toward Libya – especially after it turned down a request from Fayez... 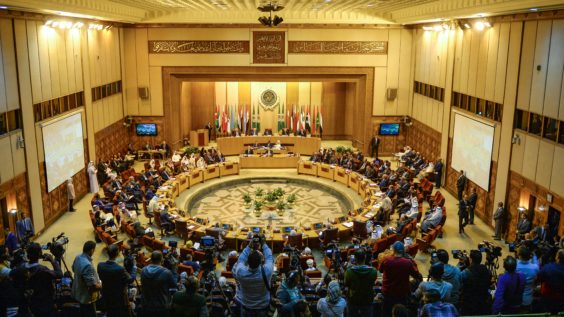 The Arab League’s hesitant and distant stance toward Libya – especially after it turned down a request from Fayez al-Sarraj, the head of the Libyan Presidential Council, to help his country block Turkish aggression – raises fundamental questions about the effectiveness of this organization, which is supposed to support its Arab member-states. Instead of coming to the rescue of Libya, the Arab League has maintained a neutral position. This is especially shocking when one considers the close Turkish-Qatari alliance, which directly undermines the interests of most Arab nations. In a desperate attempt to salvage his country’s economy, Turkish President Recep Tayyip Erdogan has accepted Qatar’s offer to serve as the latter’s mercenary in North Africa. The goal: to save the Muslim Brotherhood and the terrorist militias that make up the Sarraj army, which occupies Tripoli, from defeat. The victory of the Sarraj army is a victory for terrorism in the North African region, which in turn makes Libya a base from which terrorists can expand their activities into the rest of Africa. According to reports that are still circulating, the Turks have begun to ship hundreds of terrorists to Syria on Turkish boats. This means that Libya and its army, which control more than 85% of Libyan territory, will face a real dilemma in the near future. The question that we should all keep returning to is the following: What is Turkey’s benefit in intervening in a country located hundreds of miles from its borders? The short answer is Qatari money, on the one hand, and support for the Muslim Brotherhood in Libya, on the other. Do the Arab League’s member-states truly fail to understand this reality? Do they lack the minimal decency to intervene to stop this Turkish aggression, if not for the sake of stopping terrorism in Libya then for the sake of stopping terrorism within their own borders? Unless terrorism is uprooted in Libya right now, we will witness the country continuing to fall into the hands of extremists. Soon enough, Libya will become a base of operations for the Islamic State in Africa. I call upon the member states of the Arab League to immediately work to contain this problem. Now is the time; before it becomes too late. – Mohammed Al-Sheikh (translated by Asaf Zilberfarb)