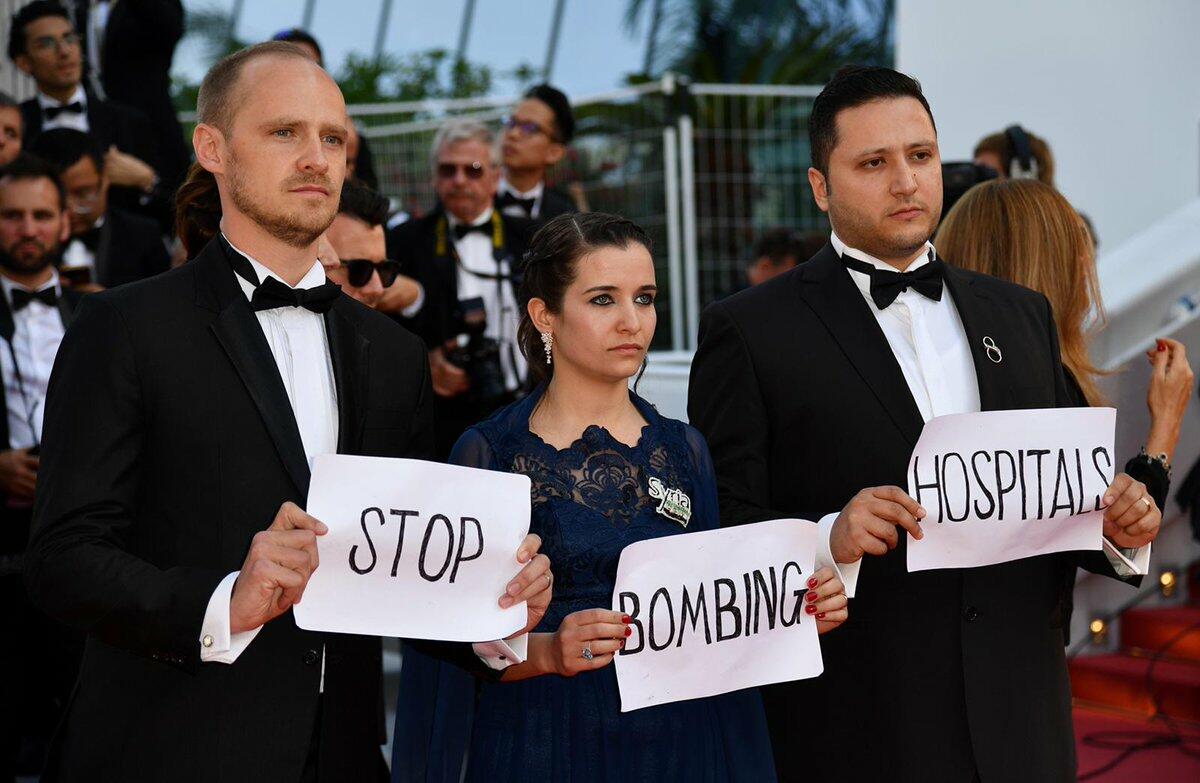 Arab documentary maker Waad Al-Kateab led a protest on the sidelines of the Cannes Film Festival Wednesday to highlight the Assad regime’s continuing attacks on hospitals in Syria.

The film director and her colleagues posed with protest posters on the red carpet calling on the Syrian regime to stop its systematic destruction of medical facilities in opposition-held areas.

Al-Kateab is in Cannes where her documentary film “For Sama” is considered among the “rising stars” to watch for at the annual film festival.

“For Sama” records five years of Al-Kateab’s own life as an aspiring journalist in her besieged hometown of Aleppo, marrying one of the last doctors in the city and giving birth to her daughter, to whom the film is dedicated.

The documentary is a kind of letter to the little girl, explaining how she was born into the conflict and what happened to her home.

Al-Kateab, who now lives in London, won an Emmy award in 2017 for her films from inside Aleppo for Britain’s Channel 4 News, which are believed to be the most watched of any reports from the war.

Her shocking footage of the struggle to save babies and children in the city’s final hospital — in which she ended up living — brought home the horror inflicted on civilians.

The Syrian government had been accused of attacking hospitals starting in 2012 as the “Arab Spring” style peaceful protests, which began in 2011, degenerated into a civil war after dictator Bashir Al-Assad opted to fight it to cling to power.

Amnesty International documented “more than 300 attacks on medical facilities by Syrian and Russian forces” in 2015 alone.

In 2016, the Syrian American Medical Society recorded 252 attacks on Syrian health care centers, among them a facility run by the Medicins Sans Frontieres (Doctors Without Borders), which was hit in an airstrike in the morning of February 15, leaving 25 people dead, including nine health care workers and five children.

The war in Syria has killed more than 370,000 people and displaced millions since it started with the brutal repression of anti-government protests in 2011.