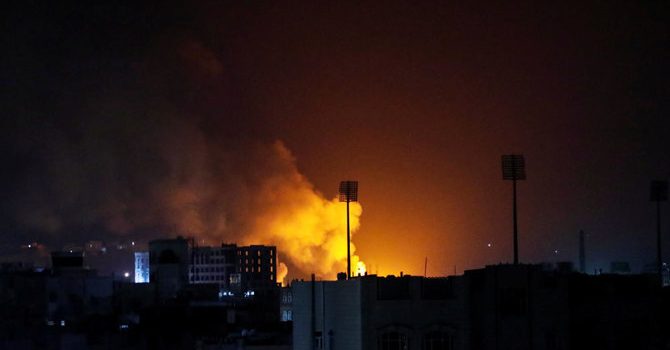 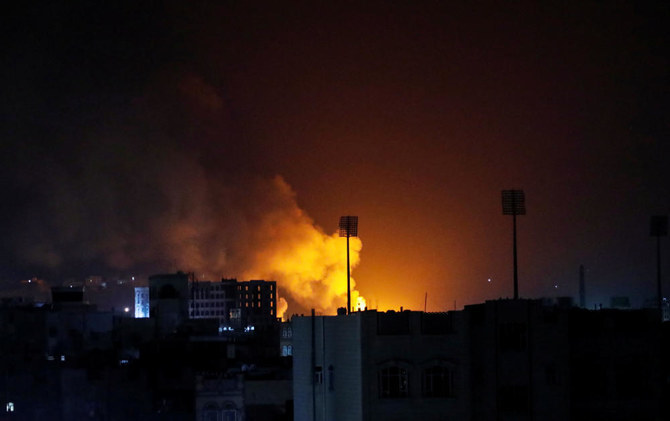 DUBAI: The Arab coalition on Thursday carried out air strikes on military targets in Yemen’s Sanaa and Saada, Al-Arabiya TV reported.
It further called on civilians not to approach the targeted sites.
The coalition said the operation in Sanaa targeted one of the main stores of weapons and other supplies. “In east of Sanaa, we destroyed two sites under construction as warehouses for military use,” it said.
The coalition also destroyed workshops that store ballistic missiles and drones in Saada.

Earlier on Wednesday, the coalition said they intercepted and destroyed a drone over Amran province after it was launched from Sanaa International Airport.

The Iran-backed Houthis have repeatedly target Saudi Arabia with explosive-rigged drones, mostly without causing much damage because of the Kingdom’s air defenses.

The coalition has carried out multiple sorties against targets in Sanaa, particularly hitting the airport after surveillance pictures and videos showed it has been converted into a military base for experts of the Revolutionary Guards and Hezbollah.