The Venice Biennale is the world’s oldest and most high-profile exhibition of contemporary art. This year’s event includes 79 international artists and runs alongside... 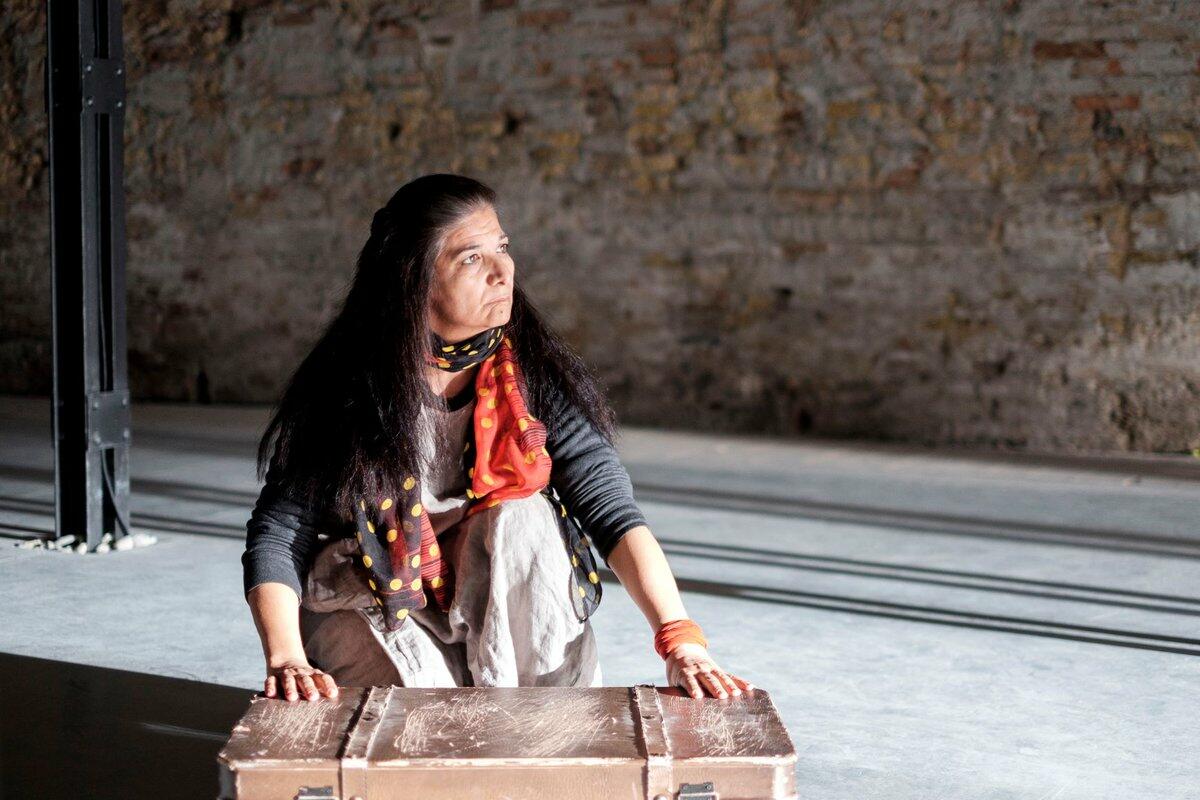 The Venice Biennale is the world’s oldest and most high-profile exhibition of contemporary art. This year’s event includes 79 international artists and runs alongside 90 national pavilions spread across the floating city.

We round up some of the Arab artists making waves in Venice; here are those to watch out for:

The United Arab Emirates
It’s been ten years since the United Arab Emirate’s first participation at the event. Their pavilion is in the Arsenale site, which is a complex of former shipyards within fortress like walls. Used by Venetian empire, the name “arsenal” was derived from the Arabic dar as-sina’ah.

This year’s entrant is Dubai-born poet and filmmaker Nujoom Alghanem with Passage. Set against a 12-channel sound installation, the piece is made up of two films.

The first is a “real-life” narrative that depicts the toils of the artist and Amal – a Syrian actress living in the UAE – to shoot a film for the Pavilion. The second “fictional” narrative follows Falak, a displaced woman on a desperate journey.

The most striking visual aspect of the films is Falak’s bold cyber yellow raincoat, in stark contrast with the dark blue sea she floats on.

It’s a metaphor for a second skin and a shield from the outer world. The 57-year-old artist says her work pivots on displacement.

“I believe that everyone, whether from Latin America, from Africa, from the Middle East, or from Europe, go through similar situations, or external challenges. We can go through them individually or collectively.”

Though proud of her Arab identity, she is aware that people will project identities and politicise her work. For that reason, all dialogue in the artwork is in a made-up language.

“We used an invented language because we didn’t want people to start saying ‘Yeah, they’re speaking Arabic, because they want to say something about the Arab world’, its a universal message.”

The curators behind the UAE’s entry are Sam Bardaouil and Till Fellrath. Neither are strangers to Venice after their involvement in Lebanon’s remarkable – if controversial – Pavilion in 2013.

The quiet, evocative work by Akram Zaatari called Letter to a Refusing Pilot caused a stir.  It was based on the true story of an Israeli fighter pilot who was ordered to bomb a Lebanese school there but refused and instead dropped the bombs in the ocean.

Iraq
Iraq’s pavilion is represented by Kurdish-Iraqi artist Serwan Baran with a brooding exhibition titled Fatherland. The 50-year-old artist draws inspiration from his career in the 1980s and 90s when he served as a soldier and war artist.

Dark brown, black and green acrylics dominate, The Last Meal, a large-scale painting with a bird’s eye view of fallen soldiers at the battlefield. Baran has integrated Iraqi military uniforms into the work given to him by the families of the deceased. He says over 47 years of war have altered perceptions of his role as an artist.

“My position as a professional artist has changed over time. In Iraq, in wartime, there was no such thing as artistic freedom. The artist was either a trumpet for the regime, or he avoided politics altogether. When I was a war artist in the late 80s, I painted propaganda portraits of victories on the frontline and their heroes, emphasising the strength of our army generals and Saddam. I was not allowed to show any weakness or doubt in my portraits.”

Baran’s work pivots on notions of masculinity and a so-called “fatherland”. The name of the work is in opposition to the perception of a “motherland” as generous and nurturing.

“In Arabic, we refer to the nation as a motherland, or watan al umm. But I believe that the term ‘fatherland,’ suits our political culture better. Through our history, dictatorial leaders have fashioned a chauvinistic image of strength”

The exhibition includes a sculpture, ‘The Last General’, a life-size replica of a sunken lifeboat cast in fiberglass, depicting a half decayed general inside.

Jordan
Beirut-based sound artist Lawrence Abu Hamdan calls himself an “ear-witness”, (as opposed to eyewitness) as his work hinges on the political effects of listening, using various kinds of audio to explore human rights and law.

Nominated for this year’s Turner Prize, the 34-year-old has previously collaborated with Amnesty International and researchers at the London-based Goldsmith’s college. Hamdan has two works in the main exhibition: a 20 minute performance-video installation called Walled Unwalled (2018) and This Whole Time There Were No Land Mines (2017). The latter uses haunting, strobe-ing smart phone footage and audio recordings that were made in the Golan Heights after 150 Palestinian protestors from Syria broke into the borders of Israel in 2011.

The videos were shot by anonymous sources on the Israeli side. Audio investigator Hamdan says the name of the piece came from a poignant moment during the border breach.

“When the Palestinian activists start to cross the border, the families from the Golan heights started shouting “Stop, there’s land mines! Land mines! Land mines! And in the end, they cross and there were none. [The piece looks at] how the idea of the landmine sustains that divide. It was actually a space of imagination and fear.”

“The process of becoming identified as this or that is violent. But sometimes, in order, to exceed what is expected of an ‘Arab artist’, we have to first be labelled as ‘Arab artists’.”

Another must-see collateral event is the Lebanese composer and visual artist Zad Moultaka in dialogue with The Death of James Lee Byars, as presented by the Zuecca Projects. The 51-year-old artist has previously represented Lebanon at the Exhibition in 2017 with SamaS.

This artwork was originally created in 1994 by the American conceptual artist James Lee Byars as he was in the late stages of terminal cancer. In his final installation, Byars anticipated his final resting place with a tomb covered in leaves of ethereal gold (made of gold leaf, Plexiglas and Swarovski crystals), a colour and material he associated with spiritual illumination.

Moultaka bridges the gap between west and east, by adding an immersive audio companion to the piece: Vocal Shadows. With loudspeakers playing murmurs and whispers reading the Ancient Egyptian funerary text The Book of the Dead.