The demand for on-demand TV has never been higher. Apple is the latest tech giant to launch its own video streaming service – Apple... 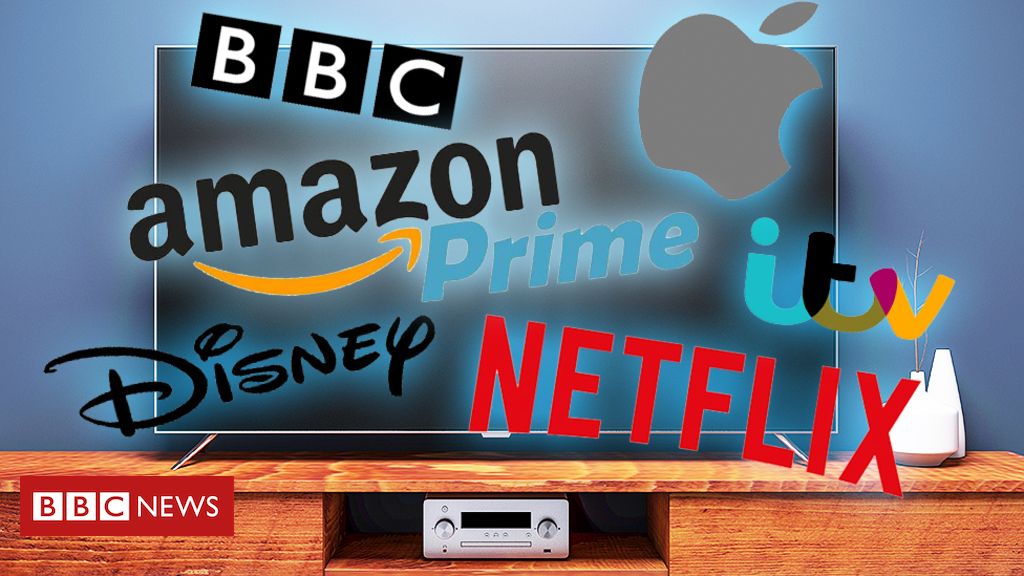 The demand for on-demand TV has never been higher.

Apple is the latest tech giant to launch its own video streaming service – Apple TV+.

Back in August 2017 Disney announced it was also going to create one to rival the likes of Netflix and Amazon Prime.

But in a market that’s getting more and more crowded, can they all survive?

Why are Apple and Disney getting into streaming TV?

For years, the key to Apple’s success has been tablets and mobile phones.

But as iPhone sales slow down the firm needs to find other ways to make money.

It’s why Shona Ghosh, senior tech reporter at Business Insider, thinks Apple is looking at new ways to stay at the top.

“So because it knows it has trust as a provider of that stuff, it’s branching out into shows and thinking it can really add something for the people that buy their devices.”

But Shona says it won’t be easy taking on the TV and movie might of Disney, which is due to launch Disney+ later this year.

“It costs a lot of money to make popular shows and Disney is an expert in offering really well-known film and TV franchises.

“It’s ambitious for a tech company that isn’t really known for providing content itself to try and commission shows.”

Shona thinks Apple is already realising how difficult that task will be.

“I’m not sure it’s going all that smoothly,” she explains. “They still haven’t announced the full roster of shows that will be available.

“Apple being Apple I’m sure it will go smoothly eventually, but it’s possible it won’t work out.”

Jennifer Aniston, Steven Spielberg and Oprah Winfrey were among the stars who revealed on stage at Apple’s headquarters they were involved in shows for Apple TV+.

The service will take the form of an app, which will be available on Samsung, LG, Sony and Vizio smart TVs as well as Amazon’s Firestick and Roku.

What does it mean for customers?

“There has probably been a golden period where Netflix was the predominant, very popular streaming service. But now with so much choice, a lot will be splintered up,” Shona thinks.

So does that mean we’ll have to spend more?

“If Netflix is no longer top dog it can’t suddenly turn around and raise its prices. It has to think about the competition.

“On the flip side you won’t have one platform where you can find everything. You may have to have multiple subscriptions.”

What does the future of TV streaming look like?

With Netflix, Amazon, Disney, Apple, and even the BBC and ITV getting involved, there will soon be loads of streaming options.

But Shona thinks the future of how we watch TV might actually end up looking familiar.

“With all these different companies offering streaming, you may eventually end up paying for something that looks a bit like your parents’ Sky or cable service from 10 or 15 years ago.”

That could mean streaming services will get bundled together into packages.

“People don’t have the money to pay £10 or £15 a month for Netflix, then another £10 for the combined streaming service being offered by the BBC and ITV, then Amazon Prime as well – that would get very expensive.”

And TV content could be used as an incentive for firms trying to get you to buy other products.

It’s a technique we’ve already started to see – with the likes of BT offering BT Sport for free to its mobile and internet customers when it launched.

“There’s a rumour that if you’re already an Apple device owner, you may not have to pay extra for some of, if not all of, Apple’s streaming services,” says Shona.

“So if you’re already paying for the expensive device, Apple is making it more worth your while by giving you some content for free on top of that.”

Amazon Prime does similar, offering TV content alongside free delivery on its massive online shop. It’s a technique that could be key for streaming services that want to be successful.

Will all of the streaming services survive?

Apple and Disney are big names and some of its rivals are already feeling the pressure.

Disney has already pulled some of its content from Netflix, in preparation for the arrival of its own streaming service.

“I think there will be some companies that do fall by the wayside,” adds Shiona. “Netflix is spending a lot of money producing great content – whether it can keep it up remains to be seen.

“You’ll have to wait to see whether consumers buy into this idea that Apple is akin to something like a Disney.

“But people have bought in to Netflix, a brand new service that’s evolved from being a DVD service to being this content powerhouse.

“Companies are capable of pulling it off, but it’s possible that not everyone will survive.”