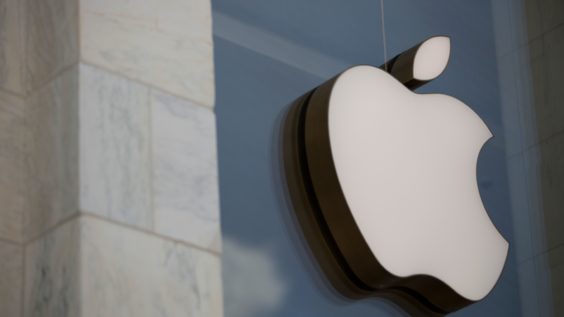 Apple recently launched an All-Arabic app store for subscribed developers and members of the Apple Beta Software Program, who will test the system before it is made accessible to the general public in September.

The store will “open” to the general public simultaneously with the release of Apple’s latest operating software system, IOS-13. This move is seen largely as the company’s latest attempt at capturing the growing Middle East market.

“Apple is continuing its push for localized content in the Arab world by releasing a version of its App Store – in full Arabic glory,” Noura Alzabie, a strategist and project manager at the Bahrain chapter of the Global Social Media Club, told The Media Line.

Apple opened its first store in the Arab world in 2015, and the amount of Arabic content available, while still relatively small, has since grown.

Sam Blatteis, CEO of The MENA Catalysts, a government relations firm based in the Gulf that advises multinational technology companies on policy in the region, told The Media Line: “[Apple’s] move happens in the context of the app industry being one of the few booming non-oil growth sectors.”

According to Blatteis, the Middle East’s population is comparable to the size of the United States, at roughly 330 million people. However, what distinguishes the Middle East is the overrepresentation of young people, defined as individuals under the age of 35. In the region, they comprise about two-thirds of population.

“They have more of a proclivity toward tech adoption than other age demographics,” he said, adding that although there are 200 million internet users in the Middle East, roughly half of the population remains offline.

“The Middle East represents still largely an untapped growth opportunity,” Blatteis said. “If you look at the geometry of rapidly expanding youth demographics married with soaring demand and consumption for apps, you see the tectonics plates moving beneath our feet that show just how large the stakes are….”

“Apple views the Arabian and Gulf Cooperative Council region as a high-growth market in which it can make [large] sales by having a great number of users,” she told The Media Line.

Having content that is geared toward the Arabic-speaking world is an important component in wooing consumers, particularly those who haven’t taken the plunge and gone online.

“Having apps and entertainment and media content that reflects the indigenous people of the country fosters a spike in demand,” Blatteis said. “When you have content that is by Arabs for Arabs to Arabs, you reap significant gains that you don’t see as often in a foreign language that is imported.”

There is especially room for growth with Arabic-specific content, which is currently lacking.

“The localization that Apple is doing,” Blatteis added, “matters because in the world, you have 450 million Arabic speakers, depending on how you count it, which is roughly five to six percent of the world’s population. Only 1 to 2% of the internet’s content is in Arabic.”

The lack of competition due to the dearth of Arabic content is appealing to large international companies as they bolster the price of their shares in the stock market.

“For American publicly-traded companies, new markets [like the Arab world] are becoming increasingly important because stock prices turn on future projected revenue and profit forecasts,” Blatteis told The Media Line.  “Compared to saturated markets in the crowded field of developed economies, the Middle East is a light field.”

It appears that the amount of technology available completely in Arabic is likely to grow in the future.