Raiders recruit Antonio Brown said it’s an honor to join the “legendary” NFL franchise. The star wide receiver was formally introduced by the Raiders on Wednesday... 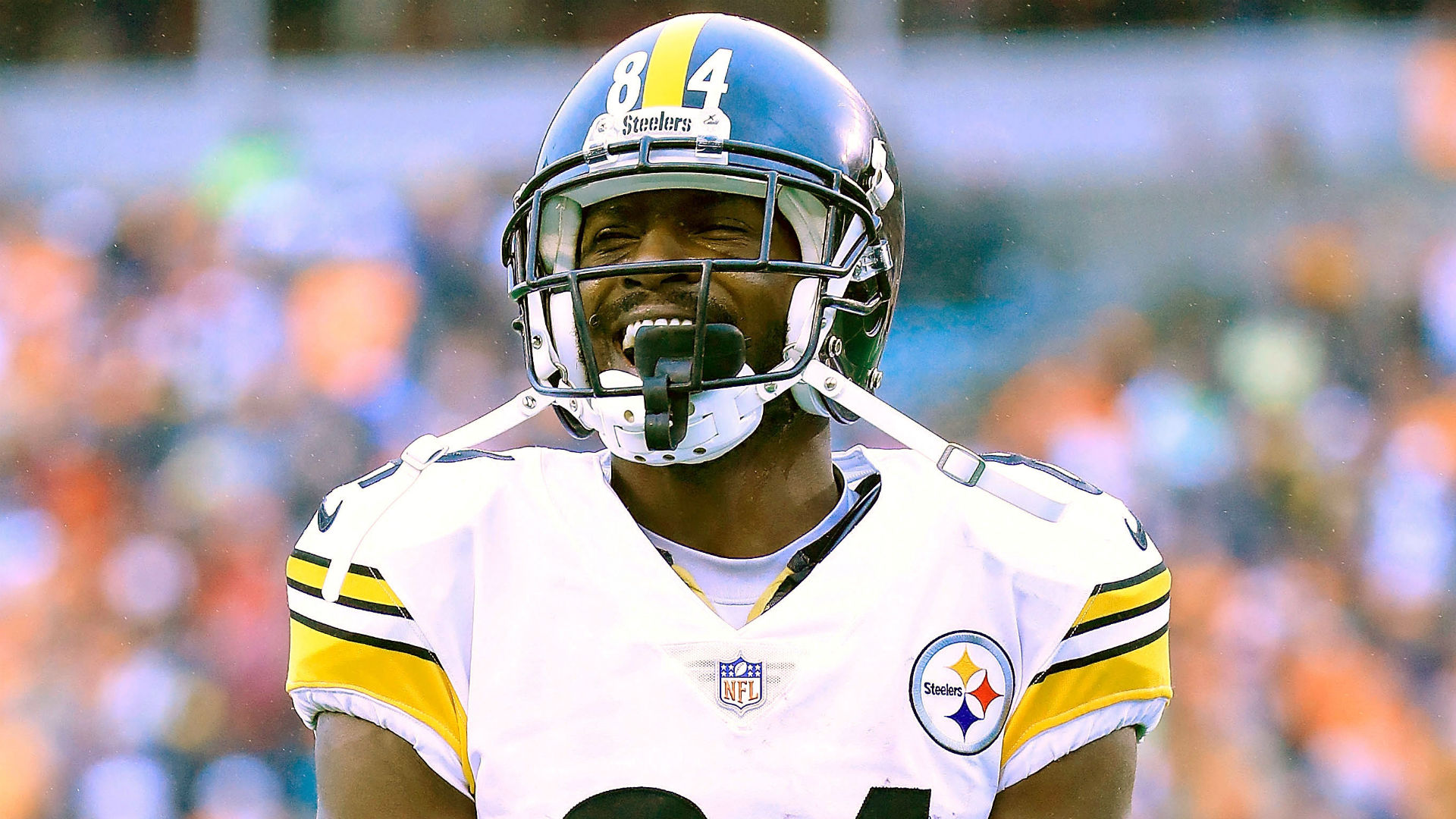 The star wide receiver was formally introduced by the Raiders on Wednesday after being dealt by the Steelers.

Brown signed a three-year, $30 million deal while the Steelers received third- and fifth-round picks for the seven-time Pro Bowl selection.

Facing the media midweek, Brown told reporters: “It’s legendary. It’s an honor to be here. I know there’s some tremendous guys who’ve been in this building.”

The numbers speak for themselves, and they say a lot.

“I’m just excited to be in the same building as guys who’ve been great from the past and I’m excited to be here and help these guys go to a level as far as a winning environment,” Brown continued.

“I bring accountability. I bring actions. Not what I say, what I do. How I approach things. Holding guys accountable in the receiver room.”

Brown, who was drafted by the Steelers in 2010, added: “Pittsburgh will always be my family. Those guys gave me a chance when I was a 21-year-old kid. Obviously people listen to the things that were being said and written, but at the end of the day, it’s all about how you make people feel.

After working with star Steelers quarterback Ben Roethlisberger, Brown will now team up with Derek Carr.

Already ready to get to work.

“Just refreshing,” Brown said. “I think he’s hungry for success. Hungry to turn the organization around, hungry to get on the winning side of things. And I’m hungry for the same things. We stand for the same causes — God-fearing men, family-first type of people — and we just want to be the best at our craft.”

Brown made 15 appearances last season, tallying 1,297 yards and 15 touchdowns for the Steelers.

The Steelers also discussed Brown’s move to the Raiders in a statement, with general manager Kevin Colbert saying: “We have traded Antonio Brown to the Oakland Raiders. We believe the compensation, which will now give us four picks in the first 83 selections and 10 overall in the upcoming NFL Draft, can benefit our effort to improve our team in 2019 and beyond.

“Antonio remains one of the best players in the National Football League, but as we believe, this move was in the best interest of the Pittsburgh Steelers. We wish Antonio all the best the rest of his career.”