Since the beginning of 2019, authorities have questioned over 147 members of the banned opposition party Phnom Penh, Cambodia – Another Cambodian... 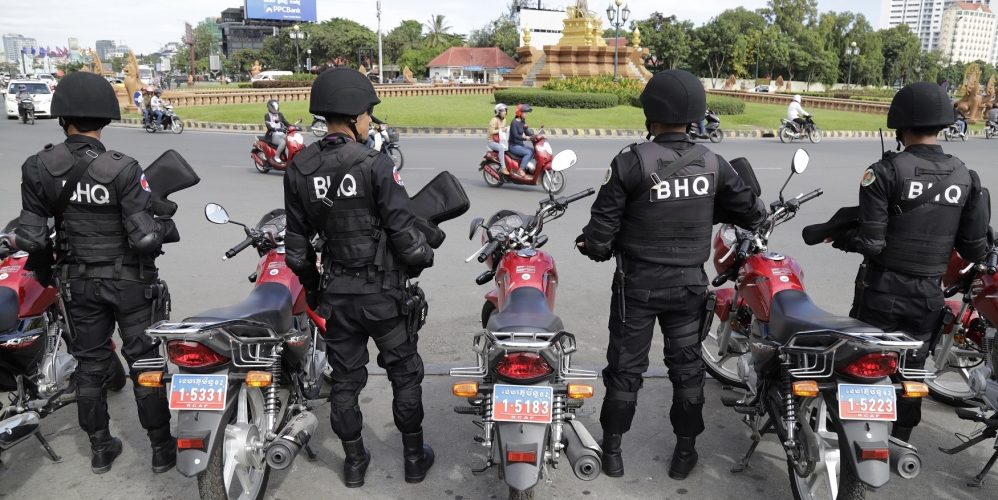 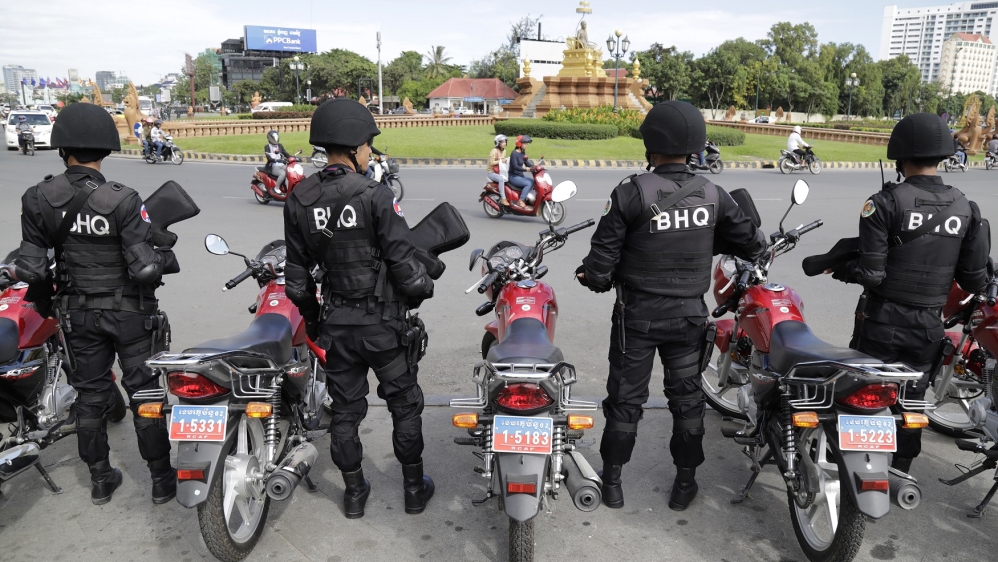 Since the beginning of 2019, authorities have questioned over 147 members of the banned opposition party [Mak Remissa/EPA]

Phnom Penh, Cambodia – Another Cambodian opposition figure was arrested this week, in what is seen as a wider crackdown, as a prominent exiled party leader pledged to return to the country in November despite government threats.

Nuth Pich, a former district official for the court-dissolved Cambodia National Rescue Party (CNRP), was detained earlier this week in Kampot province while he was harvesting rice at his farm, his son Pun Theany told Al Jazeera on Wednesday.

”When the police came to my father they asked him if any plot of land was for sale,” Theany said.

“He said there was no land for sale here, and after that they just arrested him without giving any reason or showing any arrest warrant.”

Theany said the police treated his father unfairly and brutally.

“They handcuffed him, pushed him to the ground, and took him to the district police barefoot,” he said.

Theany said the family has not been allowed to visit his father following the arrest on August 17.

On Thursday, Al Jazeera has learned that Choung Choungny, who often represents politically-sensitive cases, has been named as Pich’s lawyer.

Pich had been organising gatherings of opposition supporters.

Since the beginning of 2019, the authorities have summoned over 147 CNRP members and supporters around the country for questioning, according to Human Rights Watch (HRW).

On May 7, the police arrested another former Kampot provincial CNRP official, Nget Khouch and held him for two night, HRW also reported.

The CNRP party was dissolved in November 2017 for allegedly plotting to topple the Cambodian government with US support, although little evidence has been offered to substantiate the accusation.

Party president and co-founder Kem Sokha remains under house arrest after his September 2017 arrest for treason.

The dissolution came after the CNRP’s strong showing in the 2017 local commune elections, where they won 43 percent of the popular vote.

Seen as a threat to Prime Minister Hun Sen’s 34-year grip on power, the party was dissolved before the 2018 national election, turning Cambodia into a de facto one-party state.

Most of the leadership has fled the country, while local activists face arrests, beatings, intimidation, and even death.

According to a court order viewed by Al Jazeera, Pich has been charged with discrediting a judicial decision and incitement to commit a felony, facing up to two and a half years in prison.

Justice Ministry spokesman Chin Malin said Pich “violated the law” by continuing to work on “activities of the dissolved party,” but refused to comment in detail on the charges.

In a statement, dated August 20, Human Rights Watch condemned the arrest as “politically motivated” and called for charges to be dropped.

“Cambodian authorities went into contortions to find charges to bring against Nuth Pich, who merely exercised his basic rights to free speech and association,” Phil Robertson, deputy director of HRW’s Asia division, said in a statement.

Meanwhile, CNRP leadership has declared that it will return to Cambodia on November 9, Cambodia’s independence day.

The announcement has been met with support from CNRP followers, threats from the government, and doubt from some political commentators.

It marks the third time CNRP co-founder Sam Rainsy has pledged to return this year, previously promising to come before Khmer New Year in April and then again in September.

Political commentator Ou Ritthy outright accused Rainsy of lying about his return, and said Rainsy’s pledge only makes the situation more dangerous for CNRP activists on the ground.

“Mr Rainsy gives an excuse to the authorities to harass the local party frontliners even more,” Ritthy said in a social media post.

While Rainsy did not respond to requests for comment, CNRP vice-president Mu Sochua said she was “very, very disappointed” by Ritthy’s comments.

“It’s easy to go and tweet, but the question is what are you doing for your country?” Sochua asked.

Sochua argued that the government is using abusive tactics to deter the CNRP from returning, but giving in would only allow Hun Sen to continue unchallenged.

“Anyone who is saying that is defending the government, is giving the government the excuse to use any form of threat or deterrence for us not to go home,” said Sochua, who fled the country a month after Sokha’s arrest.

She said she is writing a letter about Pich’s arrest to European Union officials, who are currently deliberating on whether to revoke a trade deal with Cambodia over rights abuses.

“Criticism is much more deservingly placed at the feet of Hun Sen and his government. Their continuing violation of human rights and destruction of Cambodia’s frail democracy in 2018 is much more on point,” Chambers said in a recent email to Al Jazeera.

He did say that Rainsy’s failure to keep his promise for a third time this year would “likely” damage his credibility, but defended him by saying Rainsy’s life is at risk.

“Benigno Aquino returned to the Philippines during the Marcos regime and was promptly assassinated. The same could happen to Rainsy,” said Chambers.

Indeed, Hun Sen once explicitly threatened to attack Rainsy with Soviet-era rocket launchers should he return. But more recently, officials have simply promised that Rainsy would be arrested immediately.

“When he returns, our authorities will implement the court order and arrest him,” Justice Ministry spokesman Chin Malin told a local pro-government outlet.

Both Rainsy and Sochua have active arrest warrants for incitement and plotting to commit treason.