An Insider Look Into The US 2020 Presidential Elections 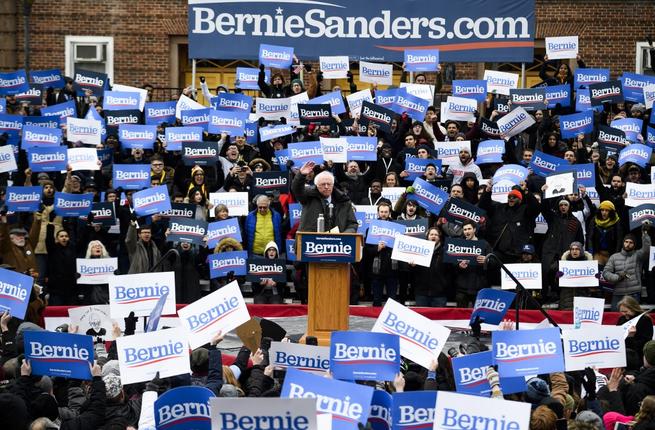 Some 2020 presidential campaigns are off and running, with a diverse slate of Democrats — and one Republican — vying to challenge President Donald Trump.

It might be the most diverse group of Democrats to seek the United States’ highest office. The nation’s first female, Hindu, American Samoan, openly gay or Latin president could be among the bunch.

On the Republican side, one candidate has stepped forward to challenge Trump during the primary season.

Here’s a look at some of the candidates:

The former Newark, N.J., mayor has worked across the aisle on criminal sentencing reform, and he has introduced or co-sponsored legislation to legalize marijuana, make lynching a federal crime and to protect special counsel Robert Mueller from being fired amid the Russia election meddling probe.

South Bend, Ind., Mayor Pete Buttigieg announced he was forming a presidential exploratory committee Jan. 23 in his bid to become the first millennial leader of the United States.

Former Housing and Urban Development Secretary Julián Castro announced his presidential candidacy Jan. 13 from his hometown of San Antonio — where he also served as mayor. He’s leaning on his Obama administration experience and progressive ideas on climate change and healthcare to boost his campaign.

He’s shown support for Medicare for all, the Green New Deal on climate change, criminal justice and prison reform and expanded free prekindergarten.

Former Rep. John Delaney was the first major Democratic figure to announce his candidacy for president. He revealed the news in an op-ed published by The Washington Post in July 2017.

Delaney touted his business acumen — he ran two publicly traded companies before the age of 40 — and his “fresh perspective” on technological innovation and globalization. He called for new infrastructure and international tax reform as well as healthcare, immigration and education reform with a focus on volunteerism and public service.

Gabbard formally announced her candidacy Feb. 2 during a rally in Oahu, Hawaii, where she portrayed herself as a member of a young class of politicians seeking to oust the old guard and existing way of doing business in Washington.

She plans to lean on her military experience to set herself apart from the other candidates, calling for a focus on veterans issues as well as healthcare, criminal justice reform and climate change.

Sen. Kirsten Gillibrand of New York announced an exploratory committee on Jan. 16 on The Late Show with Stephen Colbert, saying she wants to fight for other people’s children as hard as she would fight for her own.

She supports Medicare for all and abolishing Immigration and Customs Enforcement, stronger gun control laws. She has denounced sexual misconduct in the capital.

The senator from California formally announced her candidacy Jan. 21, saying she plans to focus on “the people” in her bid to become the first woman U.S. president. Harris, who served as California attorney general in 2010, has called for protecting immigrants’ rights, reforming the cash bail system, providing tax cuts to the middle class, raising the minimum wage and accessible housing, healthcare and education.

Harris said the U.S. criminal justice system is “horribly flawed” and in need of reform, while expressing support for law enforcement.

Former Colorado Gov. John Hickenlooper announced his run for presidency on March 4. In a video posted to Twitter, he said, the United States is “facing a crisis that threatens everything we stand for” while showing images of President Donald Trump. As governor, he expanded Medicaid, approved gun control legislation and legalized same-sex marriage before the U.S. Supreme Court ruling.

He served two terms as governor of Colorado where he oversaw the legalization of marijuana. He’s a businessman who also served as mayor of Denver.

He also has spoken against environmental regulation rollbacks and Trump’s ban on refugees from mostly Muslim nations. He’s supported minimum wage increases, higher taxes on the wealthy and businesses, raises for teachers and state government employees, and has called for an end to the death penalty.

Sen. Amy Klobuchar announced her candidacy Feb. 10 during a rally in her home state of Minnesota. She said she’s running for all Americans, including parents wanting a better education for their children, seniors seeking affordable medication, workers and farmers.

Former Rep. Beto O’Rourke of Texas announced his bid for president March 14 in a video in which he called for action on climate change, immigration law, affordable healthcare and uniting a divided country.

He called climate change the greatest challenge in the world that must be confronted with ingenuity and creativity, adding that we are the “last great hope of Earth.”

Ryan said new solutions are needed in Washington and too many Americans are living without financial security, unable to pay for food or healthcare.

U.S. Rep. Eric Swalwell announced his candidacy April 5 during an appearance on The Late Show with Stephen Colbert. He said the United States is unable to solve its problems and neutralize threats from abroad.

He has voiced support for gun control, pay equality, healthcare for all and policies to combat climate change. Swalwell is in his fourth term in the House of Representatives.

Sen. Elizabeth Warren of Massachusetts formed an exploratory committee for a presidential campaign in late December and announced her presidency on Feb. 9, promising to fight for the middle class. She’s said she plans to take on corrupt systems and institutions that favor the wealthy while taking advantage of the poor.

She’s shown support for a Green New Deal to reduce the effects of global warming, Medicare for all, a new North American trade deal and a reduction in U.S. military presence around the world.

Author Marianne Williamson launched her campaign for president on Jan. 29, calling for universal healthcare, a $15 minimum wage, a path to citizenship for immigrants with no serious criminal background and and end to plans to build a wall along the southern border.

She also supports the Green New Deal on climate change and agricultural and environmental reforms to stop chronic disease.

Entrepreneur Andrew Yang filed the paperwork to run for president in November 2017, calling for a $1000-per-month universal basic income for all U.S. adults, Medicare for all and a focus on preserving jobs amid an era of automation.

Sen. Bernie Sanders of Vermont announced Feb. 19 he will again run for the Democratic nomination. It will be his second consecutive run for president.

Sanders said he moved the Democratic Party to the left during his 2016 campaign, raising issues like Medicare-for-all, a $15 minimum wage and tuition-free college.

“I’m running for president because, now more than ever, we need leadership that brings us together — not divides us up,” Sanders said. “Women and men, black, white, Latino, Native American, Asian American, gay and straight, young and old, native born and immigrant. Now is the time for us to stand together.”

Former Massachusetts Gov. Bill Weld is the only Republican to challenge Trump in the 2020 election, announcing the formation of an exploratory committee Feb. 15. He hopes to appeal to the Republicans and independents who don’t support Trump but don’t want a Democrat in office.

“[O]ur president is simply too unstable to carry out the duties of the highest executive office — which include the specific duty to take care that laws be faithfully executed — in a competent and professional matter,” Weld said. “It upsets me that our energies as a society are being sapped by the president’s culture of divisiveness.”