A war between Pakistan and India would be “nuclear Armageddon” and the whole world would be affected, the head of Azad Jammu and Kashmir... 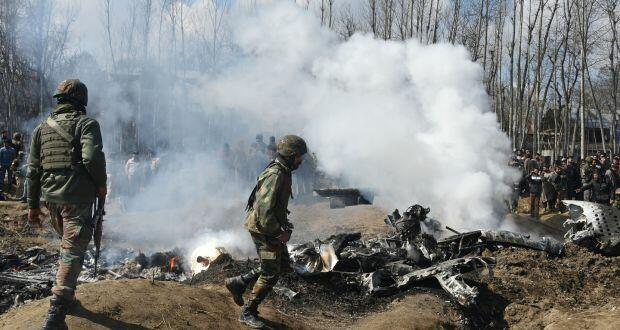 A war between Pakistan and India would be “nuclear Armageddon” and the whole world would be affected, the head of Azad Jammu and Kashmir said Thursday.

“If there was a nuclear conflict between the two countries, 20 million people could die immediately,” Serdar Mesut Han said at a conference organized by Center for Islam and Global Affairs (CIGA). “Kashmir conflict should be resolved and peace should be established, we have no other options,” Han added.

He stressed that Kashmir is the reason for a political and military conflict between Pakistan and India since 1947, and said a permanent solution would stop these conflicts.

“The conflict in Kashmir is not only related to politics, economy and geopolitics, but it is also a human tragedy,” Han said and suggested that the UN and neighboring countries could contribute to the solution.

Jammu and Kashmir, a Muslim-majority Himalayan region, is held by India and Pakistan in parts and claimed by both in full. A small sliver of Kashmir is also held by China.

Also, in Siachen glacier in northern Kashmir, Indian and Pakistani troops have fought intermittently since 1984. A cease-fire came into effect in 2003.

Some Kashmiri groups in Jammu and Kashmir have been fighting against Indian rule for independence, or for unification with neighboring Pakistan.