AMMAN, Jordan — An assailant stabbed at least eight people at the popular archaeological site of Jerash in northern Jordan on Wednesday, according to... 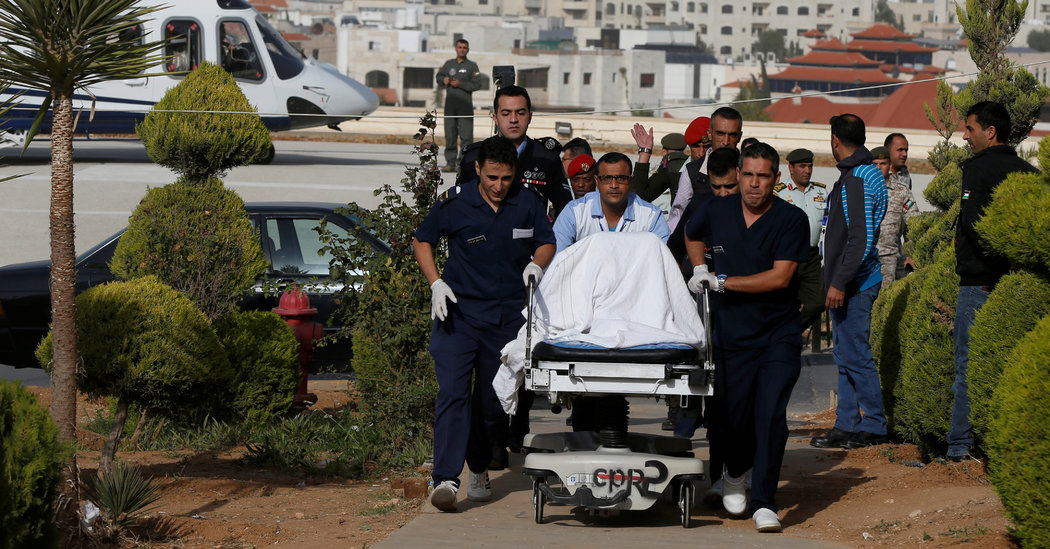 AMMAN, Jordan — An assailant stabbed at least eight people at the popular archaeological site of Jerash in northern Jordan on Wednesday, according to the authorities, who said the individual had been arrested. The motive for the attack remained unclear.

Four foreign tourists and four Jordanians, including a tour guide and a security official who tried to stop the attack, were wounded, a spokesman for the Jordanian police said. All the victims were taken to a hospital. Three of the foreign victims were Mexican, the police said, and the other Swiss.

In a video from the scene that was shared on social media, a woman could be seen lying facedown on the ground as someone pressed a towel against her lower back. Another man sat nearby, his leg and shirt covered with blood.

Jerash contains one of the best-preserved provincial cities of the Roman Empire, much of which still has not been excavated, lying beneath the homes, streets and shops of the modern city, which has 200,000 inhabitants. It is one of the country’s main tourist attractions, along with the archaeological site of Petra.

About 50,000 people live in Jerash, which lies about 20 miles north of the capital, Amman.

For several years, Jerash struggled to attract visitors, suffering from its proximity to Syria, where civil war has driven more than a million people into Jordan.

But tourism has rebounded in the last two years; more than 300,000 people visited Jerash in 2018, according to Jordan’s Ministry of Tourism and Antiquities.

Jordan is considered by tour operators to be one of the safest nations in the Middle East, and attacks on foreign visitors there have been rare.

This is a developing story. Please check back for updates.