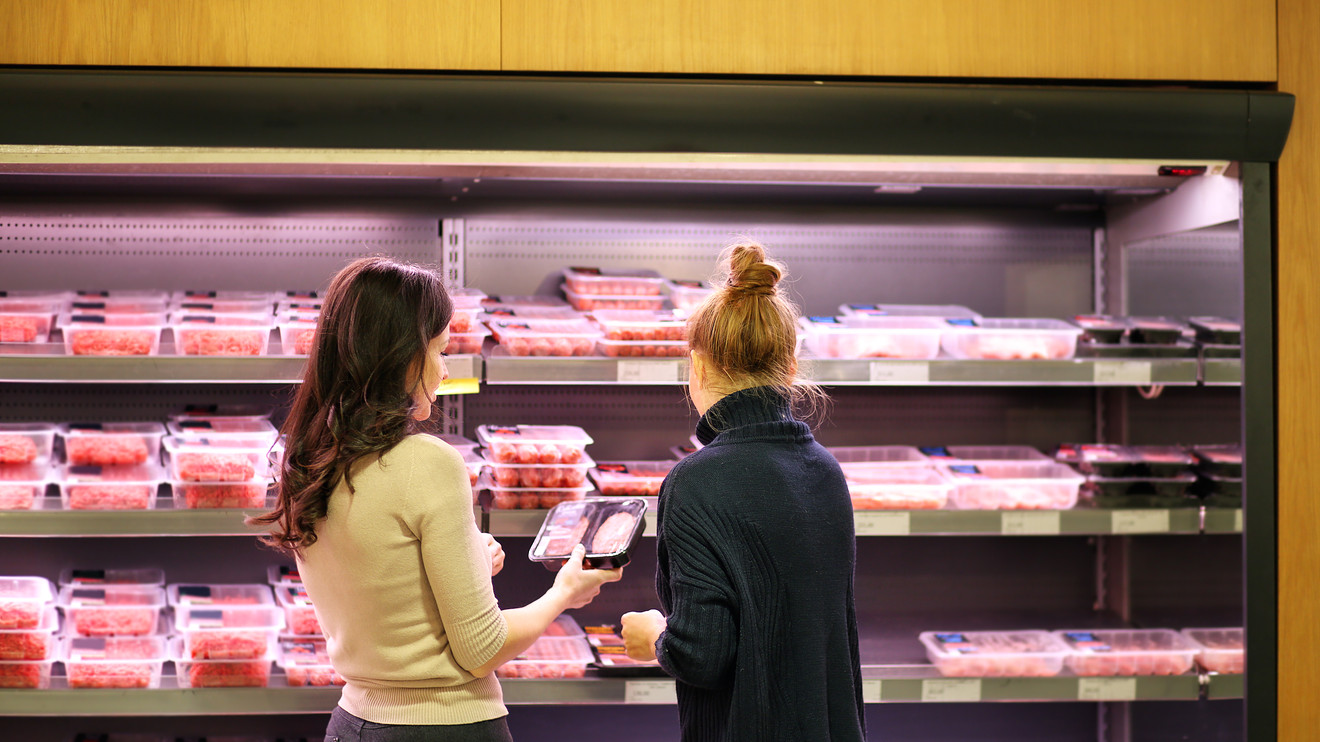 The biggest meat producer in the U.S. is going meatless.

Tyson Foods, the maker of hot dogs, steak strips, and chicken nuggets, announced last week it plans to debut a vegan protein this year, marking its foray into the plant-based meat market as the demand for vegan options reaches an all-time high.

Noel White, president and chief executive at Tyson Foods TSN, +2.34% said during its first-quarter earnings call that the brand aims to make “protein alternatives.” The company first invested in California-based vegan meat alternative company Beyond Meat in 2016. It also reported a decline in sales in the latest quarter, as it grapples with falling meat prices in most of its key segments.

Last month, Tyson said it would recall 36,000 pounds of chicken nuggets after customers said they found pieces of ’soft, blue rubber’ inside.

There may be other advantages to taking a bite out of the vegetarian market. Last month, Tyson said it would recall 36,000 pounds of chicken nuggets after customers said they found pieces of “soft, blue rubber” inside, the Associated Press reported. The U.S. Agriculture Department said the 5-pound (2-kilogram) bags should be thrown away or returned, but the government agency said there were no reports of people being sick from the products. (In 2017, it recalled 2.5 million pounds of breaded chicken for misbranding the products. In 2015, it recalled 52,486 of chicken wings.)

There have been more studies about the effects of eating meat in recent years. Red meat is “not essential” and has been linked to mortality and other health risks, a group of scientists said in a major report released last month. People need to change the way they eat and cut too much meat out of the diet, according to the report from the EAT-Lancet Commission, a group of 30 scientists who are researching and promoting healthy and sustainable diets worldwide.

A healthy diet should actually have “low amounts” of food that come from animal sources, they said. In fact, many of the nutrients people rely on from meat for, such as protein, can just as easily come from plants like vegetables, legumes and nuts, such as peanuts, they added. Their recommendation: The ideal amount to eat would be none, especially if you replace it with plant-based sources of protein.

Also read: Beyond Meat is going public: 5 things you need to know about the plant-based meat maker

Vegan products including jackfruit, black bean burgers, mushroom mince and cauliflower are becoming popular substitutes for barbecue meats such as steak and sausage.More brands continue to show interest in the growing category.

While they don’t come with the same health risks, alternative meats are often more expensive than the real thing. Fast-food chain Shake Shack SHAK, +0.53%   added another veggie burger to its menu last year at select locations made with black beans, brown rice and roasted beets topped with provolone cheese, lettuce, tomato, onions, pickles and vegan mustard mayo. The Shake Shack veggie burger will cost $7.29 versus $5.55 for a ShackBurger.

The meatless substitute market is worth around $555 million in revenue and it’s growing at around 6% per year. But they often cost more than the real thing.

Last April, White Castle, known for its square beef sliders, started serving the $1.99 Impossible Burger, which is made with a red iron molecule called heme that’s found in meat and some plants. It makes food cook, bleed and taste like real beef. It’s made with smoked cheddar cheese, onions and pickles with a 2-ounce patty. It’s more than double the price of the 0.9-ounce mini-cheeseburger, which costs less than $1. Impossible Foods — the makers behind the Impossible Burger — said last month its plans to beef up its meatless portfolio by adding a vegan steak next.

The meatless substitute market had around $555 million in revenue in 2017 and it’s growing at around 6% per year, according to a report from Nielsen, the Good Food Institute and the Plant Based Foods Association. Tofu and tempeh sales were up around 2.6% at $99 million in 2017.

One-third of all Americans, and 37% of millennials, plan to buy more plant-based products over the next year, according to Mintel’s 2018 Summer Food & Drink Trends report. And while the majority of North American consumers still opt for meat as their primary source of protein, 23% of eaters want more plant-based options on shelves, according to data from Nielsen.

“The 2015 U.S. Dietary Guidelines Advisory Committee concluded that for people older than 2 years, a balanced vegetarian diet can be a healthy eating pattern,” the EAT-Lancet Commission scientists wrote. In the largest study of vegetarian diets, scientists concluded people who follow vegan, vegetarian, pescatarian or semi-vegetarian diets actually had a 12% lower mortality risk than people who are omnivores. Those who had the lowest risk: Pescatarians (people who don’t eat meat, but do eat vegetables and fish).

When cooking vegetarian dishes from scratch, they typically cost less than meat-based dishes. It costs around $2 less per day to stick to a vegetarian diet.

Researchers from the European Association for the Study of Obesity compared a vegetarian diet with the Mediterranean diet, which is based on eating habits of those in Greece and Italy and relies heavily on fish and fruits and vegetables, and the so-called “U.S.-healthy diet” based on government-distributed dietary guidelines. And on average, someone following a vegetarian would have spent $2 less per day, their analysis released last year found.

To produce the analysis, researchers created two-week menu plans assessed for their nutritional quality and used the cheapest price available from Amazon AMZN, -0.91% When cooking vegetarian dishes from scratch, they typically cost less than meat-based dishes. While all three diets were comparable in terms of nutritional quality, the vegetarian diet only cost $15.40 per day on average, versus $17 for the U.S.-healthy diet and $17.30 for the Mediterranean diet.

But some people say it’s worth paying more for veggie burgers and other alternative meat products. Plant-based diets and products are appealing to increasingly health-conscious foodies. New York City student Myra Sabet, 22, became a vegetarian over two years ago because she was worried about her family’s history of heart disease.

“There were a lot of health conditions that arise from eating meat, and I realized a lot of my family members have had heart problems from it, as well,” she told MarketWatch. It has been a relatively easy transition because she’s not alone. “I have noticed that especially here in New York, a lot of people in college are trying to eat clean and healthy,” she said.

(Maria LaMagna and Jacob Passy contributed to this story.)

Get a daily roundup of the top reads in personal finance delivered to your inbox. Subscribe to MarketWatch’s free Personal Finance Daily newsletter. Sign up here.