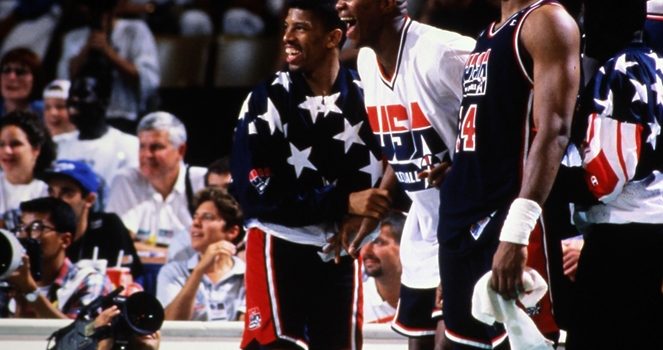 Alonzo Mourning is Heading to the FIBA Hall of Fame

If you ask people who the All-time leading scorer is for USA Basketball in the FIBA Basketball World Cup (believe me, I’ve tested this),... 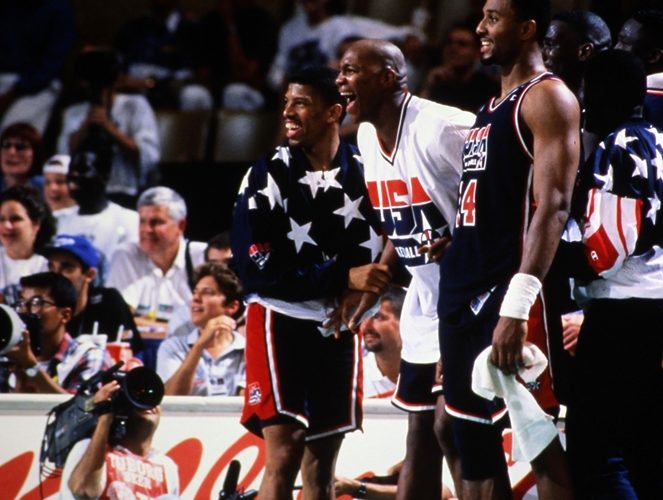 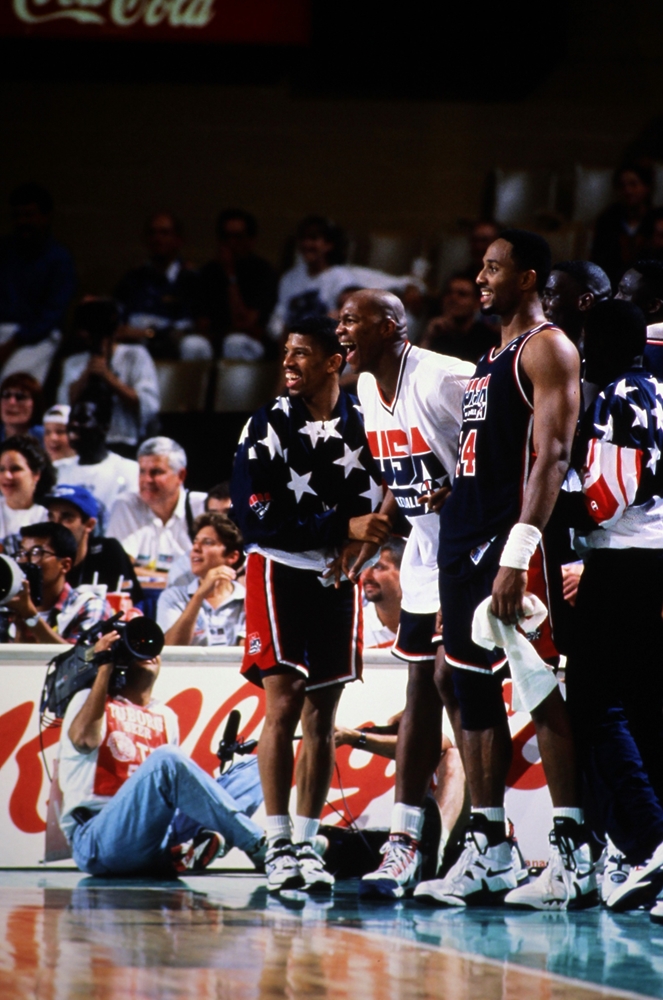 If you ask people who the All-time leading scorer is for USA Basketball in the FIBA Basketball World Cup (believe me, I’ve tested this), people never seem to guess the correct answer.

Ahead of him being ushered into the FIBA Hall of Fame before this year’s tournament in China, it feels like an opportune time to look back at the legacy of Alonzo Mourning for his country. He’s known as the scowling, high-fade-rocking, Jeff-Van-Gundy-nemesis, bulging-bicep-flexing, interior-enforcer of the Charlotte Hornets and Miami Heat of the 90s, but what about international play?

Mourning’s first World Cup experience was as part of the roster assembled in 1990 from outstanding college players. Along with Kenny Anderson and Billy Owens, Mourning was one of the outstanding players in the team.

The team went 3-0 in the group stage, defeating Greece (in OT), South Korea and Spain. In the knockout stages however, the USA came up against the eventual winner, Yugoslavia. This was no ordinary team either. This was a generation of Yugoslav players that included Drazen Petrovic, (tournament MVP) Toni Kukoc and Vlade Divac among an incredibly talented roster.

The experience, talent and chemistry of this team that had played together for years was too much for the young USA team. The USA went on to defeat Puerto Rico to secure third place in the tournament.

Notably, despite Mourning being the outstanding frontcourt player on this team both offensively and defensively, it was actually his teammate from 1990, Christian Laettner, who would receive the call to play in 1992.

After Mourning continued to excel in both the college and professional ranks, it was no surprise that he was called up again to the USA team in 1994. However, considering Mourning’s all-time achievements that I listed in my intro are cumulative numbers, it may be surprising that in the 1994 tournament Mourning averaged less than 15 minutes per game. To somewhat explain his playing time however, this was no ordinary team. This was Dream Team 2.

This was the first time the FIBA Basketball World Cup was open to US NBA players and as a quirk of the timing of his coming of age as a player and the rule changes, Mourning is the only US player to have competed in a FIBA Basketball World Cup both as a college player and after the rules changed to allow NBA participation. This 1994 team followed closely in the footsteps of Magic, Bird and MJ from the 1992 Olympics, and looked to replicate their dominance.

In truth, in Barcelona the likes of Magic Johnson and Larry Bird had been at or close to the end of their careers (Bird didn’t play again, while Magic didn’t play again until he suited up for 32 games of the 95-96 season after he’d stepped away following his HIV diagnosis). In 1994 Michael Jordan was also absent, occupying the baseball diamond instead of the hardwood. The path was left open for a new generation of players to showcase themselves on the world stage and to leave their own impression on international fans.

Mourning shared the frontcourt minutes with Shaquille O’Neal, Shawn Kemp, Derrick Coleman and (Mourning’s then NBA teammate) Larry Johnson. This is (I would argue) the most physically imposing frontcourt ever to have played in the FIBA Basketball World Cup. The likes of Mark Price, Dominique Wilkins and Joe Dumars provided veteran leadership, while Steve Smith, Reggie Miller, Dan Majerle and Kevin Johnson made up the backcourt.

But it wasn’t only the stature and physicality of this roster that stood out from their competition. While the original Dream Team had (with the notable exception of Charles Barkley), felt like experienced foreign ambassadors, Dream Team 2, quite simply, did not.

This was a team that was going to openly talk trash but also back it up. The emphatic dunks during blowout wins, the snarling rebounds and the chest-bumping celebrations had become commonplace in the NBA, yet to some looking on felt out of place in an international context.

Still displaying the confidence and swagger that oozed from this team, when speaking to FIBA Media for an upcoming FIBA Basketball World Cup documentary, Mourning said “We knew we were going to win gold. Something catastrophic would have had to have happened for us to not win… We came out and we just blew everybody out by 30…. We had to show the world who was the best. And we made a statement.”

But Mourning also discussed how valuable the experience was competing in practice and experiencing the comradery that came with being teammates with such elite players. He said “During the season we were adversaries. To have them as teammates? Those were moments that I treasured. I think that’s what helped evolve my game even more. It gave me the confidence I needed. I was very thankful to be a part of that.”

Between the NBA Jam-worthy highlights, the unapologetic swagger and the soundtrack that followed the team, this was not only a display of basketball dominance. It was a global showcase of a hip-hop cultural movement and aesthetic that by the mid 90s was gathering steam and shifting from sub-cultural trend to mainstream pop culture. To many fans of the game, this hip hop cultural zeitgeist would become (and in many ways had already become) inextricably entwined within the very fabric of the sport for probably the next decade and onwards.

And there’s no doubt that Alonzo Mourning and his teammates played a huge role in exporting this phenomenon. Indeed, with players mirroring the fashions, styles and demeanour of hip hop culture, basketball players became increasingly name dropped in the music. This was (and still is) a self-fueling and self-referential cultural loop.

Discussing how influential this team was on the sport, Mourning said “We were global icons. That immediately planted seeds in these young players. And they say ‘You know what? I’m going to represent my country and we’re going to beat the US.’… We sparked something globally, which is why now basketball has grown tremendously internationally.”

Despite his polished offensive game from the low post and his ability to just physically overpower opponents on the boards, for me, the most elite skill in Alonzo Mourning’s game was his shot blocking.

The combination of his size and length was obviously a big factor. While he stood a reasonably average (by positional standards at the time) 6ft 9.5inches tall, he had an incredible 7 feet, 6.5 inch wingspan. The physical gifts he possessed in terms of leaping ability and strength, an uncanny timing and a seemingly-endless determination to throw himself in front of any player driving to the hoop resulted in one of the all-time greatest shot blockers.

This was reflected perfectly when Mourning participated in the 2000 Olympics. En route to the gold medal, he blocked 6 shots against Italy, leading the tournament in terms of single game blocks. Only China’s (seven feet, six inch) Yao Ming blocked more shots than Mourning in that tournament, and (again) this was with Mourning averaging less than 23 minutes per game.

As Mourning enters the FIBA Hall of Fame on August 30, many will remember the dunks, the blocks and the bravado. But you should also remember the winning, the patriotism and the cultural significance of Mourning and his peers.