The ongoing demonstrations in Algeria for nearly eight months now have seen a new wave of arrests on Tuesday, mainly targeting university students during... 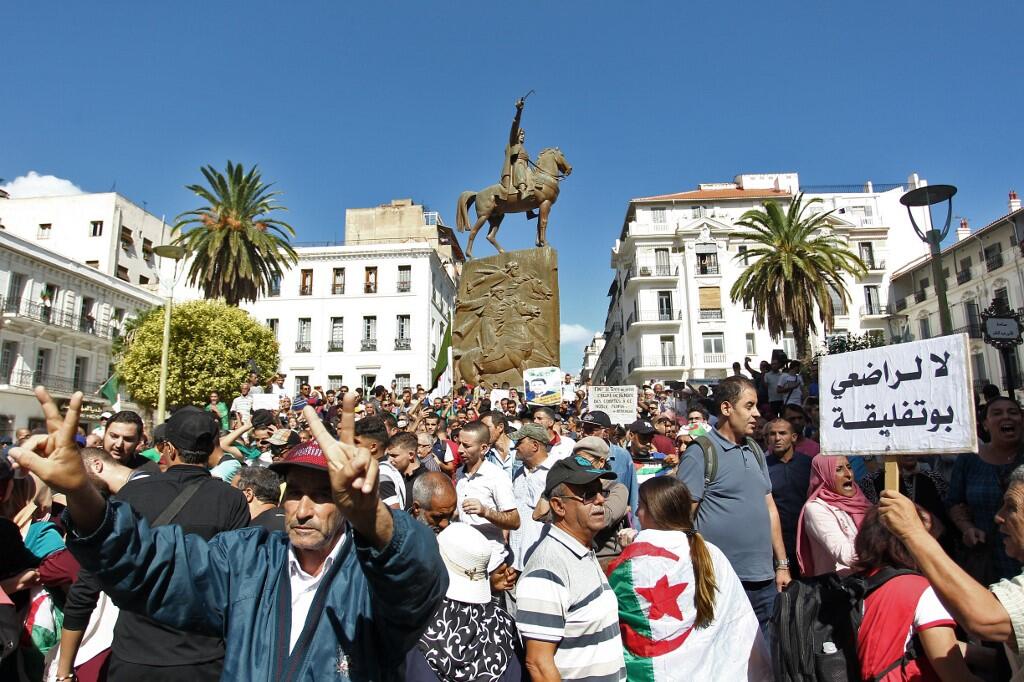 The ongoing demonstrations in Algeria for nearly eight months now have seen a new wave of arrests on Tuesday, mainly targeting university students during their weekly protests.

For the first time in 33 weeks of demonstrations, security forces prevented students from organizing their usual protest on the streets of the capital, bordering the Central University.

Security men were seen baton-wielding protesters, many of whom were taken to police stations to be referred later to prosecution, which often puts them in remanded custody.

Pictures were circulated of students who fainted due to the strong stampede in the demonstrations, following security forces’ attempts to prevent them from advancing in major streets and squares of the capital.

Ambulance activists from the popular movement were also seen helping the injured, some of whom were taken to nearby clinics.

A few days ago, security authorities arrested dozens of protesters, mostly those who can mobilize and recruit, especially leaders of the Youth Action Rally organization, which is close to the Democratic Movement that opposes the power’s policies.

Several journalists were harassed while covering Tuesday’s demonstrations and some were even arrested, such as journalist Mustapha Ben Faudel.

Ben Faudel is a senior journalist for the French-language El Watan newspaper, who in 2014 was known for his activity within the Barakat organization, which opposed former President Abdelaziz Bouteflika’s running for a fourth term.

Russia Today’s reporter was injured. He wrote on his official Facebook page that he was subjected to physical and verbal abuse and assault by police officers while covering the students’ demonstrations.

He also condemned all forms of attacks against journalists.

Professor of political sociology Nasser Gabi, for his part, said the students’ movement “is witnessing a new era after these arrests in which Algeria will produce its political elites, which have long been awaited.”

Head of the Islamic Justice and Development Front party Abdullah Jaballah commented on the peaceful popular movement saying that it can’t be eliminated because it is not a party, trade union, or any political or social organization’s revolution.

Instead, he wrote, it is a revolution launched by people “who have become desperate of the regime and its justice and decided to start a spontaneous peaceful revolution.”

He stressed the people’s desire for the regime’s departure and regaining its right to power and wealth.