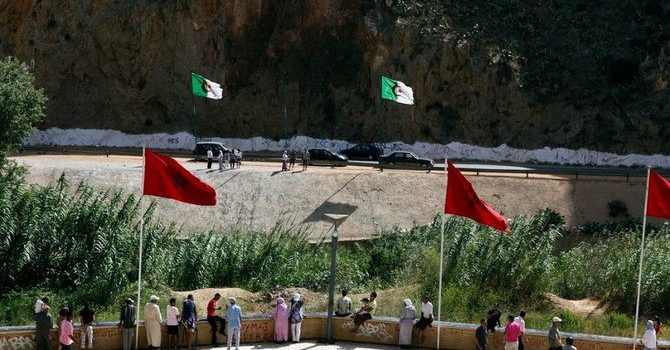 Algeria1 Morocco3
ALGIERS: Algeria’s army chief accused neighboring Morocco of conspiring against his country and vowed a “rigorous, firm” response, in a speech he delivered on... 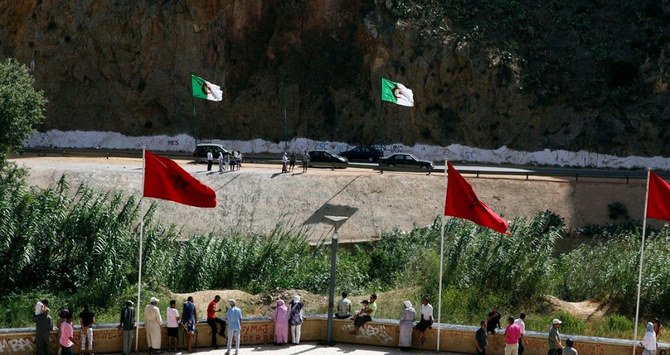 ALGIERS: Algeria’s army chief accused neighboring Morocco of conspiring against his country and vowed a “rigorous, firm” response, in a speech he delivered on Tuesday at an army base near their border.

“This expansionist regime has gone too far in its conspiracies and subversive propaganda campaigns, which aim to reduce Algeria’s regional role, exhaust its capacities, prevent its development and undermine the unity of its people,” Said Chanegriha said, in a speech.

Relations have soured between the two North African nations in recent months and Algeria on Aug. 24 cut diplomatic ties with Rabat, accusing it of “hostile actions.”

Last week it also banned all Moroccan aircraft from entering its airspace. Chanegriha said Algeria’s “enemies” had recruited “traitors” as spies in order to “weaken Algeria from the inside and pressure it to renounce its principles.”

Algeria accuses Morocco and Israel of backing the separatist MAK movement, which seeks independence for the restive Kabylie region, and the Islamist Rachad movement, both listed as terrorist organizations by Algiers.

Morocco sees the former Spanish colony as part of its sovereign territory, but the Polisario movement has continued to demand an independence referendum there as per a 1991 ceasefire deal.

Algeria has for decades hosted Polisario leaders and the issue has caused repeated diplomatic crises between the two countries.

Morocco’s normalization with Israel sparked anger in Algiers, which has accused Rabat of using Israeli spyware against its officials.

Algeria’s army chief said his country was “ready to face, with rigor and firmness, all sinister plans” against Algeria.