A number of students and protesters in Algeria stormed a press conference of the National Commission for Dialogue and Mediation, demanding the committee withdraw... 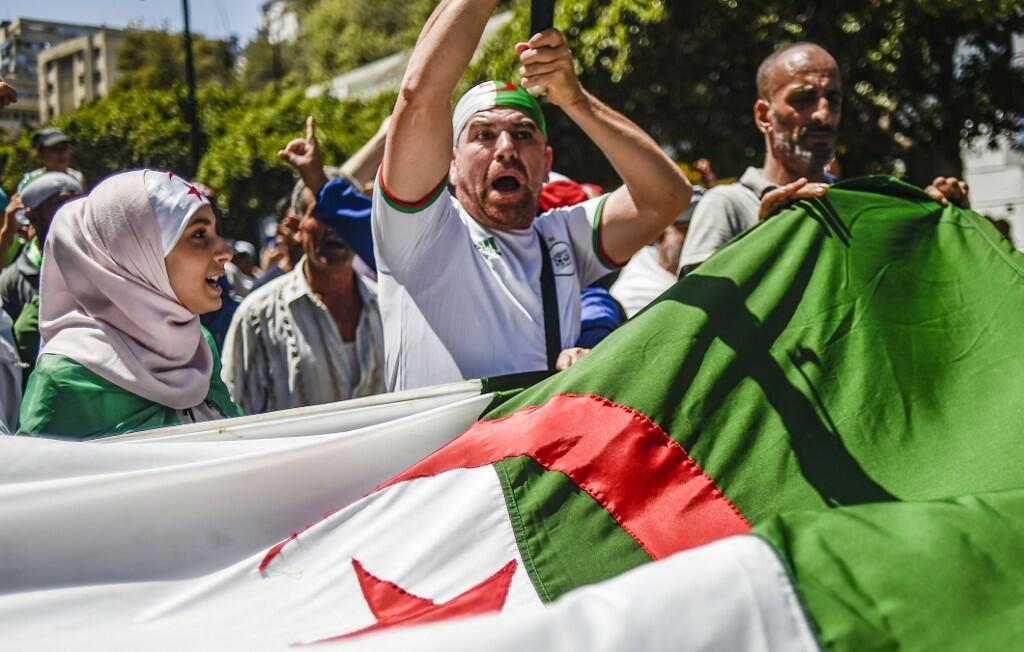 A number of students and protesters in Algeria stormed a press conference of the National Commission for Dialogue and Mediation, demanding the committee withdraw its papers, according to German News Agency (dpa).

The students protested the work of the Commission, which they said was “contrary to the legitimacy of the movement,” accusing the members of the Commission and its chairman, Karim Younis, of betraying the will of the people.

The students asserted they will not proceed with the dialogue until all members of former regime had resigned, arguing that the movement has not yet achieved its objectives with the men of the outgoing president Abdulaziz Bouteflika still governing and running the country.

Chairman Younis asserted that the Commission listens to all parties in the national political life in order to find a solution out of the crisis, adding that the aim is to hold the presidential elections as soon as possible.

The Algerian presidency recently announced the formation of a “six-party committee” to lead the dialogue, which created controversy in Algeria, especially after its members confirmed the approval of the interim president, Abdelkader Bensalah, on their conditions for the release of detainees in the movement.

Members of the Commission said that they will hold talks with the civil society and political community on a daily basis to present a conclusion for the national dialogue.

They stressed in their press conference that the priority is to hold presidential elections as soon as possible, even for one transitional period.

They noted that during the transitional period, a new constitution will be drafted and they will prepare for parliamentary elections to ensure democratic freedoms.

They also stressed that the political idea must be shared by all Algerians, “because Algeria is a country of all, not for the elite.”

As for the protester’s main demand, namely the departure of the President, member Amar Belhimer, said it is “irrational and contrary to the constitution.”

He explained at the press conference that this demand has dire consequences, and could take the country into “a dangerous institutional vacuum.”

Belhimer warned against reaching vacuum, pointing out that the Constitutional Council was clear in its verdict, asserting that the inauguration of the president was legitimate, aiming to avert the dangers that lurk in the country.

He pointed out that the implementation of articles 7 and 8 only passes through the ballot box, while noting that the governors will not have any role in the upcoming elections, reiterating that the priority is to hold presidential elections as soon as possible.