Algeria booked their spot in the Africa Cup of Nations round of 16 with a dour 1-0 win over Senegal on Thursday. It was... 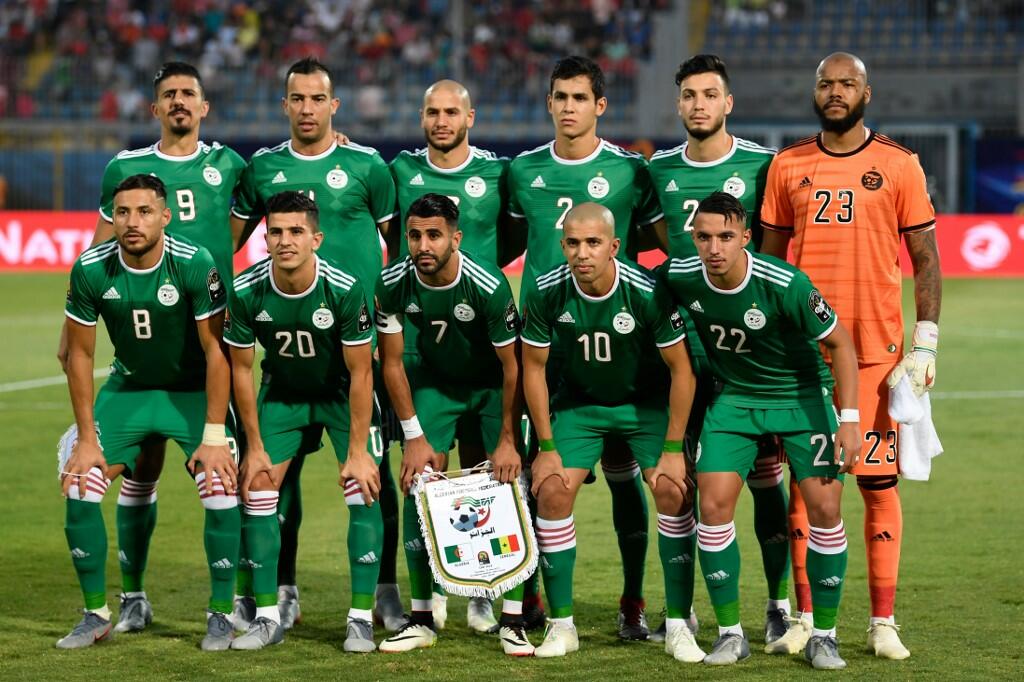 Algeria booked their spot in the Africa Cup of Nations round of 16 with a dour 1-0 win over Senegal on Thursday.

It was a match billed as a blockbuster between two of the best sides in African football but Youcef Belaili’s second-half goal was the only moment of genuine quality in Cairo.

Even with Riyad Mahrez and Sadio Mane on the pitch, the forgettable Group C encounter was littered with an incredible 53 fouls and devoid of goalmouth action.

The Desert Foxes have now won both of their matches at the tournament under boss Djamel Belmadi.

Algeria striker Baghdad Bounedjah had the two best chances of the opening 45 minutes, initially lobbing goalkeeper Edouard Mendy with an effort that was comfortably cleared by Kalidou Koulibaly, before he saw an effort turned wide by the Senegal shot-stopper.

The action thankfully rose a level in the second half, Sofiane Feghouli fizzing a 48th-minute effort wide in a warning Senegal did not heed.

And the goal came in the very next minute, Feghouli running onto Mahrez’s pass and cutting back from the right-hand side.

Belaili did the rest, taking a touch at the top of the box before rifling a right-footed effort into the back of the net.

Senegal could have won a penalty when it appeared that Mane was fouled, before their first effort on target in the 79th minute nearly produced an equaliser.

Youssouf Sabaly’s long-range strike was parried into the path of Mbaye Diagne but the striker inexplicably nodded wide.

Senegal kept pushing for a leveller and nearly had one when Bounedjah went close to scoring an own goal and Mane then headed a corner over in the dying stages.

But one goal was enough for Algeria, who will now turn their attention to the knockout stages. Senegal’s next task comes against Kenya on Monday.