Alabama lawmakers have passed a bill to outlaw abortion outright in the state, set to be the strictest such US law. The state Senate... 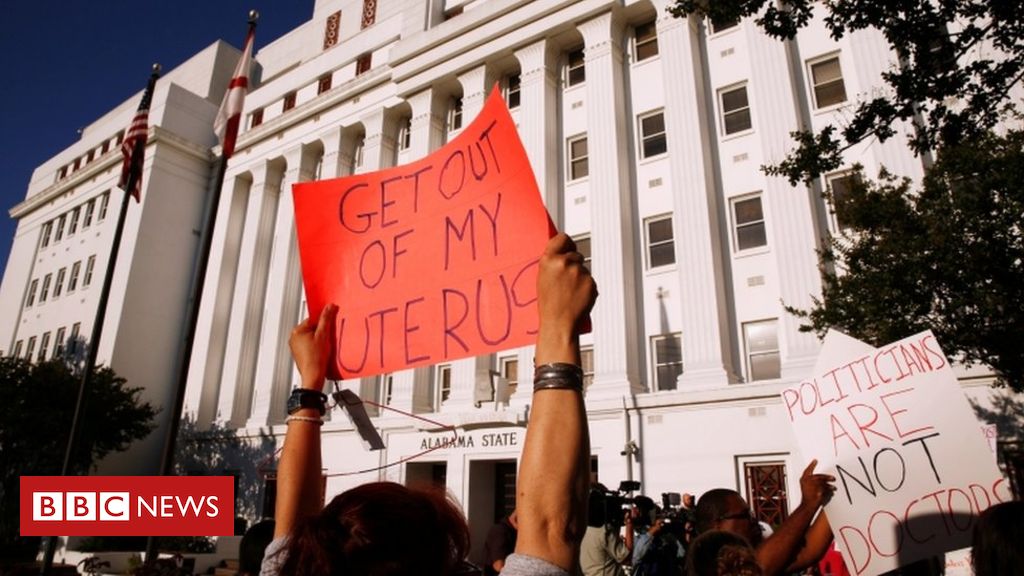 Alabama lawmakers have passed a bill to outlaw abortion outright in the state, set to be the strictest such US law.

The state Senate approved the law, rejecting an amendment to allow exemptions for cases of rape or incest.

It will now go to Republican Governor Kay Ivey. She has not said whether she will sign it, but she is seen as a strong opponent of abortion.

Activists hope it will challenge a landmark 1973 Supreme Court ruling that legalised abortion in the US.

The bill had been passed 74-3 earlier this month in Alabama’s House of Representatives.

Abortion would be only be allowed in certain circumstances to safeguard the mother’s health.

What are the politicians saying about the new law?

Republican lawmaker Terri Collins, sponsor of the legislation, said: “Our bill says that baby in the womb is a person.”

Democratic state Senator Bobby Singleton said the bill “criminalises doctors” and is an attempt by men “to tell women what to do with their bodies”.

Republican Senator Clyde Chambliss, a backer of the law, said it would enable the state “to go directly to the Supreme Court to challenge Roe versus Wade”, the 1973 ruling that established a woman’s right to an abortion.

Before the debate began, Democrat Rodger Smitherman said: “We’re telling a 12-year-old girl who, through incest and rape is pregnant, we are telling her that she doesn’t have a choice.”

What does the bill do?

It goes further than legislation passed recently elsewhere in the US to ban abortion after a foetal heartbeat can be detected, usually around six weeks into a pregnancy.

Under the Alabama measure, provision of abortion at any stage in pregnancy would be a class A felony.

Doctors could face 10 years in prison for attempting to terminate a pregnancy and 99 years for actually carrying out the procedure.

A woman who has an abortion would not be held criminally liable.

The bill would allow abortion in cases where the mother’s life is at serious risk.

Supporters of the legislation have welcomed an inevitable challenge in federal court if the measure becomes law. Pro-choice groups have pledged to take legal action against it.

The bill’s architects expect it will be defeated in the lower courts, but hope it will end up before the Supreme Court.

Their aim ultimately is to overturn Roe v Wade, the 1973 ruling that recognised a woman’s constitutional right to end a pregnancy.

Emboldened by the addition of two Trump-nominated conservative justices, anti-abortion activists are eager to take one of the most divisive issues in America back to the highest court in the land.

“The judges have changed, a lot of changes over that time, and so I think we’re at the point where we need to take a bigger and a bolder step.”

If signed into the law by Governor Ivey, the Alabama measure would become one of more than 300 laws challenging abortion access in the US.

Its passage comes amid a wave of anti-abortion measures in Republican-controlled state capitols around the nation.

Legislation to restrict abortion has been introduced in 16 of America’s 50 states this year alone, according to the Guttmacher Institute, which advocates for more abortion access.

The flurry of measures has led these activists to warn that a swathe of US territory could become an “abortion desert.”

At the other end of the political spectrum, a Democratic-sponsored bill in Virginia that would have allowed third-trimester abortions up until the point of childbirth failed to make it out of committee.