Qatar and Al Sadd star Akram Afif won the Best Player of the Year at the 2018/19 Qatar Football Association (QFA) Awards held at... 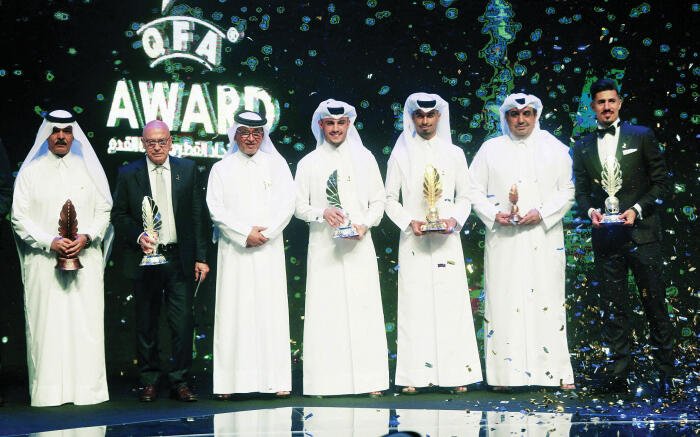 Qatar and Al Sadd star Akram Afif won the Best Player of the Year at the 2018/19 Qatar Football Association (QFA) Awards held at the Qatar National Convention Center on Tuesday.

The 22-year-old Afif finished the season with 26 goals, becoming the first Qatari to reach such goalscoring milestone.

Al Sadd further completed a treble of awards as head coach Jesualdo Ferreira became only the second coach to win multiple Coach of the Year award behing Jorge Fossati after he scooped the prestigious honour. Ferreira who was adjudged the best in 2016, emerged winner ahead of Al Sailiya’s Sami Trabelsi and Al Shahania’s Pepe Murcia.

“I am delighted to be awarded the Best Coach of the Season this year,” said Ferreira told Al Sadd website.

The Portuguese who led the Wolves to their first title since 2012 also hailed Afif and Bounedjah for their awards.

“This award is also for the players and the administrative system. It’s not just my prize.

“The award gives us the motivation to win more championships,” the statement added.

Al Duail’s Bassam al Rawi was voted the Best U-23 player after enjoying a successful season at the heart of the national team’s defence and for the Red Knights.

Al Sailiya’s head coach Sami Trabelsi was also recognised for his excellent job over the years and steering the Peregrines to their first AFC Champions League qualifiers after finishing third in the league this season.