Al Rayyan coach Diego Aguirre has said the club’s winning mentality will see them compete for the league title against Al Sadd and Al... 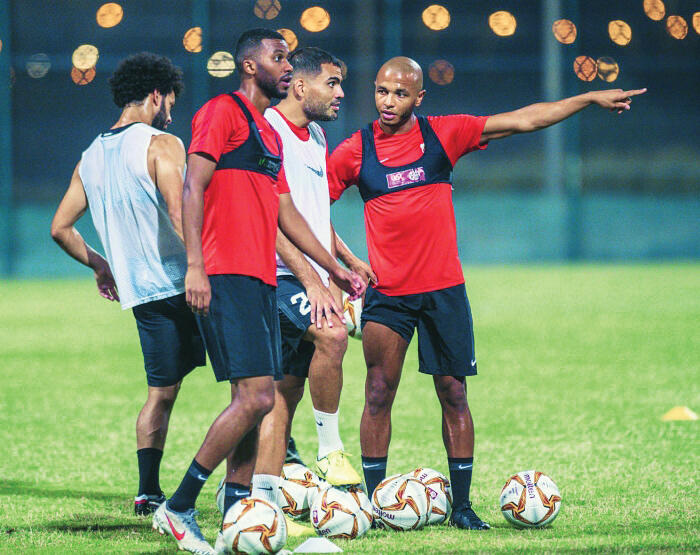 Al Rayyan coach Diego Aguirre has said the club’s winning mentality will see them compete for the league title against Al Sadd and Al Duhail.

The Lions will host Umm Salal at the Jassim Bin hamad Stadium on Friday. Aguirre last managed Al Rayyan from 2011 to 2013, where he won the Amir Cup in his last season. After stints at Brazilian side Atletico Mineiro and Sao Paulo, the Uruguayan is back to with a mission to guide the club back to the top four.

“I’m happy to be back at Al Rayyan’s helm after a gap. I’ll try to equip the team to play games strongly in the league.

“Al Rayyan are always Al Rayyan. This club have a mentality to win. I know it very well, I’ve worked with the players and I’ve felt a great response from them. I think that the players also have this mentality. We’re preparing the team to compete for the title and there are strong sides in the league. Al Sadd are always a competitive team. So are Al Duhail,” Aguirre noted ahead of his second debut.

Al Rayyan have failed to live up to their illustrious history after a history making 2015/16 season when they last won the league title. Several managers from Michael Laudrup, Rodolfo Arruabarrena and Bulent Uygun have failed to inspire the side.

“It’s difficult to compare the present team with that I coached because we’re in a completely different period and in different circumstances with different players. We don’t want to think about the past. We must focus on the current situation,” the Uruguayan added.

Meanwhile, Raul Caneda said Umm Salal cannot afford a slip up this season as the level of competition is higher than last year.

“I agree with those who say the competition will be stronger this season in light of the changes made in a number of teams. Last season, Umm Salal were ranked ninth, so we want to finish the season in a better position,” said Caneda.

“We’ve signed many new players this season and we’ll try to find the right combination to face Al Rayyan. We’ve completed our preparations for the first match of the new season, against Al Rayyan. We’re excited about the start of yet another season,” he added.

Also on Friday, manager Heimir Hallgrimsson’s Al Arabi will take on Al Ahli at the Al Janoub Stadium.
Hallgrimsson will start his first full season with the club but says his team still needs to find their identity. “I think all players are now in full readiness. We mainly prepared for the entire season, not just this match.

“Now I’ve experience in the Qatar League and we’re looking for an identity for Al Arabi. We won’t try to compare ourselves with other teams. We recruited players according to our needs,” the former Iceland coach said.