The assault comes a day after separate attacks by Houthi rebels and unidentified fighters killed dozens in Aden An al-Qaeda attack... 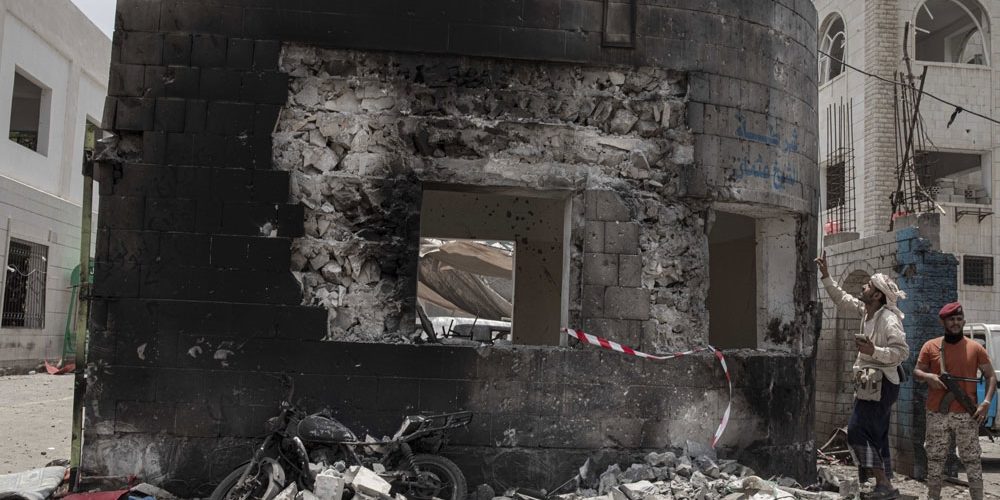 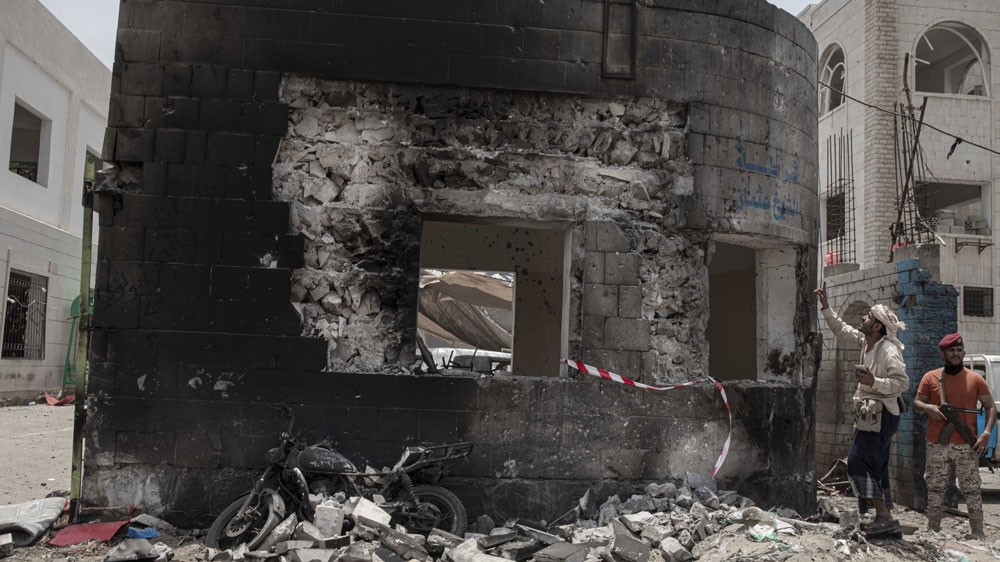 An al-Qaeda attack on a military camp in war-torn Yemen has killed at least 19 soldiers, security officials said, a day after dozens of people were killed in separate assaults by Houthi rebels and the Islamic State in Aden.

“The Qaeda gunmen took advantage of what happened [on Thursday] in Aden and launched an assault on al-Mahfad base and clashed with soldiers,” a government security official said.

“Military reinforcements were sent … and the gunmen were killed while others were driven out with air support from the [Saudi-led] coalition, in an operation that lasted hours,” the official said.

“At least 19 soldiers were killed and others wounded.”

The other two officials confirmed both the details and the death toll.

Yemen’s latest conflict broke out in late 2014 when the Houthis, allied with forces loyal to former President Ali Abdullah Saleh, seized much of the country, including Sanaa. The war escalated in March 2015 when a Saudi-UAE-led coalition intervened against the rebels in a bid to restore the internationally recognised government of President Abd-Rabbu Mansour Hadi.

The Yemen-based al-Qaeda in the Arabian Peninsula (AQAP), the Islamic State of Iraq and the Levant (ISIL or ISIS) armed group and other fighters have flourished in the chaos of the war between the pro-government forces and the Houthis.

On Thursday, at least 47 people were killed in two separate attacks in the southern port city of Aden, the seat of Yemen‘s internationally recognised government

A missile attack by the Houthi rebels against a military camp killed at least 36 people, according to officials.

An earlier attack, a suicide bombing, killed at least 11 others. IS (also known as ISIS or ISIL) claimed responsibility for that attack.