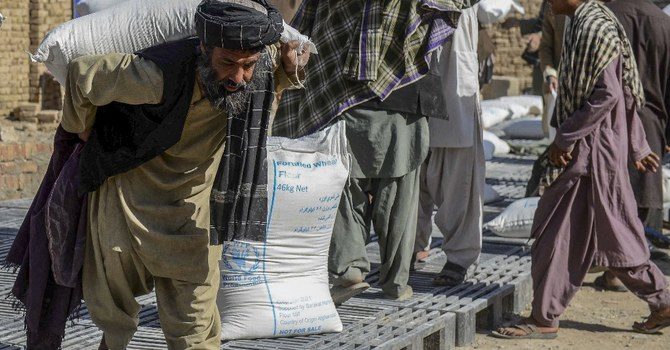 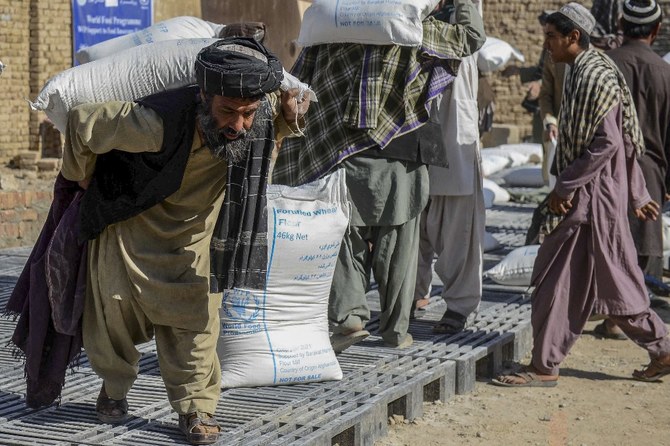 Sixteen aid charities penned a joint letter warning that drought and conflict in the war-torn country, coupled with the total collapse of the domestic banking system, could lead to a humanitarian disaster.

In order to prevent that outcome, “safe, efficient payment channels” need to be established to allow the urgent supply of food and other aid, the charities said.

A UN report has revealed a 37 percent surge in acute hunger in Afghanistan since April — the highest level in a decade. More than 3.2 million children aged under 5 are also at extreme risk.

Amanda Khozi Mukwashi, CEO of Christian Aid, said the charity, “alongside partners, has been working in Afghanistan for more than 30 years. We continue to fight, but the banking system collapse is turning the lights off on what little hope there is.”

She added: Every minute G20 members wait to act is another innocent life threatened. World leaders must stop playing politics with people’s lives. Millions will be at risk if they don’t.”
Subrata De, Christian Aid’s manager for Afghanistan, said: “We’re doing all we can to distribute food and emergency supplies, but we cannot run humanitarian programs well without a functional banking system.

“The situation is desperate, people are without wages, and many are resorting to selling anything to buy food.”

The joint letter said: “As Afghanistan’s harsh winter rapidly approaches, food and fuel prices are rocketing and people either simply can’t afford to buy essential supplies or have virtually no access to the money needed to buy them.

“The situation is so desperate that many Afghans have sold their final possessions and some are resorting to desperate coping strategies such as child marriage.

“NGOs have worked in Afghanistan for decades, including during the previous Taliban government. Our teams know how to ensure that aid gets directly to those who need it most.

“Without a functioning economy and banking system, we remain restricted in what we can do.

“Urgent international leadership is required. G20 members must act now to ensure cash is allowed back into Afghanistan via the banking system — inaction is punishing the Afghan people for the actions of the Taliban.”