Ahly completed a remarkable comeback to win the Egyptian Premier League for the fourth successive season with an easy 3-1 victory over Arab Contractors... 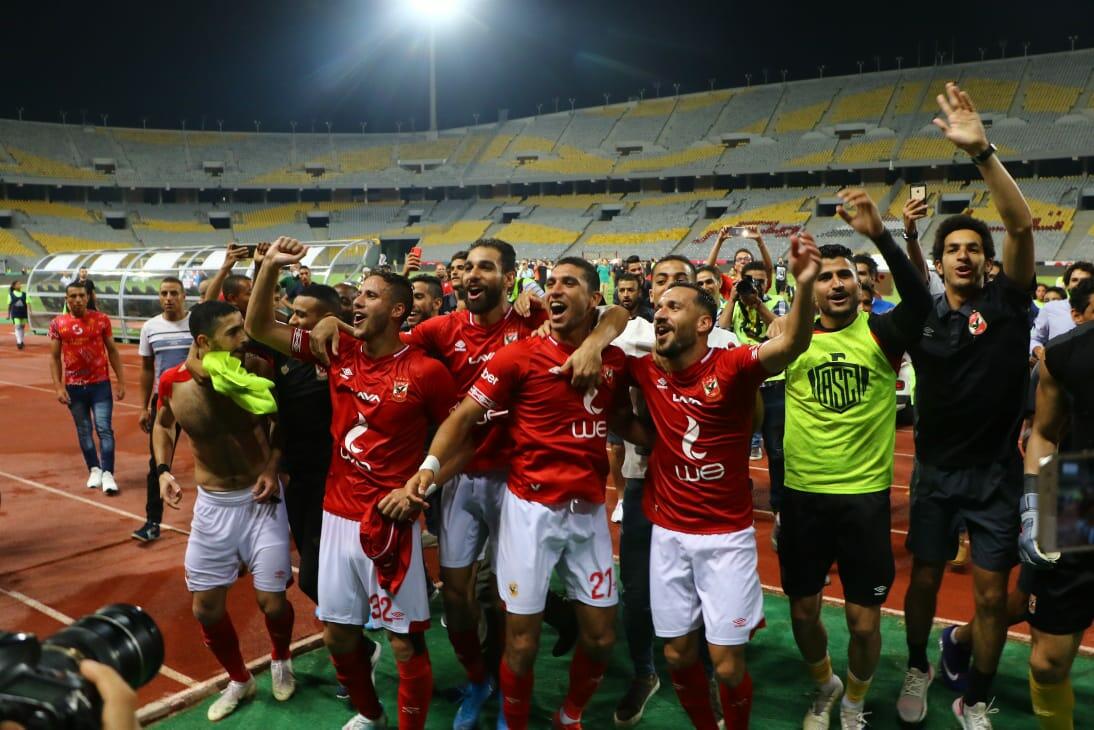 Ahly completed a remarkable comeback to win the Egyptian Premier League for the fourth successive season with an easy 3-1 victory over Arab Contractors on Wednesday, rendering Zamalek’s win over Ismaily with the same score meaningless.

A brace from Hussein El-Shahat, who finally appeared to justify the record transfer fee Ahly paid for his services in January, and an opening goal from in-form left-back Ali Maaloul ensured there would not be any upsets as the Red Devils wrapped up the title with one match to spare.

Zamalek needed to beat Ismaily and hope cross-town rivals Ahly stumble against Contractors to keep the race alive until Sunday, when the Cairo foes meet in what could have been a title-deciding derby.

But the Red Devils, Egypt and Africa’s most successful outfit, overwhelmed feeble opponents Contractors to be crowned champions for a 41st time in their glorious history after taking an unassailable five-point lead over Zamalek.

Contractors offered little resistance, with Maaloul firing Ahly ahead on 25 minutes with a composed finish after a deflected free kick fell kindly to him.

El-Shahat then stole the show in the second half, running onto a superb threaded pass from substitute Saleh Gomaa to calmly drill home in the 63rd minute before ending the match as a contest with a brilliant individual effort eight minutes later.

This season’s triumph gives Ahly a sweet taste after they were written off by many observers just before the halfway stage of the season as they looked out-of-sorts while perennial rivals Zamalek secured some comprehensive wins and the big-spending Pyramids looked like genuine title challengers.

But some high-profile January acquisitions, including a return of former Ahly prodigy Ramadan Sobhi to his boyhood club on a loan deal from Huddersfield Town, turned around their fortunes and paid off handsomely as Ahly bridged an eight-point gap with Zamalek.

A nine-match winning streak in January and February put them on the right track and although they slumped to a 1-0 defeat by Pyramids in April which appeared to derail their title bid, they quickly recovered to assert their authority.

Ahly’s rise coincided with a sudden dip in form of Pyramids and Zamalek, with the latter eventually paying the price of opting against renewing the contract of Swiss coach Christian Gross with four matches remaining.

After the departure of Gross, who led Zamalek to the Confederation Cup title for their first African title since 2003, the White Knights veered off the track, with two successive draws against Haras El-Hodoud and Gouna costing them dear.

Ahly’s league victory would also go some way towards easing the pain of a humiliating African Champions League exit when they lost 5-1 on aggregate to South Africa’s Mamelodi Sundowns in the quarter final. They also still have the Egypt Cup to play for this term.